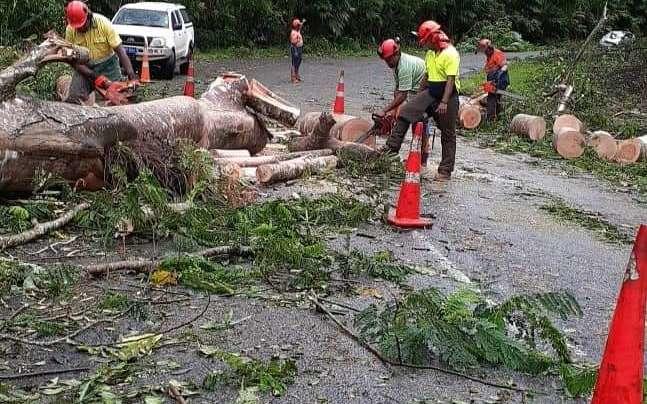 The storm battered large areas of Fiji for three days but overnight the system moved on.

It is now over Tonga, though it has weakened considerably.

The Centre reports teams would be sent to the affected communities on Wednesday to fully assess Sarai's impact.

It said it had reports of damage to houses across all four divisions, with some homes completely demolished by the cyclone.

The Centre also said farms, as well as health and education facilities had also been damaged.

The Fiji Roads Authority, and power and water utilities, were continuing to work around the clock to restore services.

Prime Minister Frank Bainimarama is receiving another briefing by response teams this hour. Rest assured your #FijianGovernment is taking every measure to help #Fijians who were affected by #TCSarai#FijiNews #TeamFiji pic.twitter.com/8KbVXnXQwl