Fiji's National Disaster Management Office is carrying out initial damage assessments on the island of Kadavu in the wake of Tropical Cyclone Sarai. 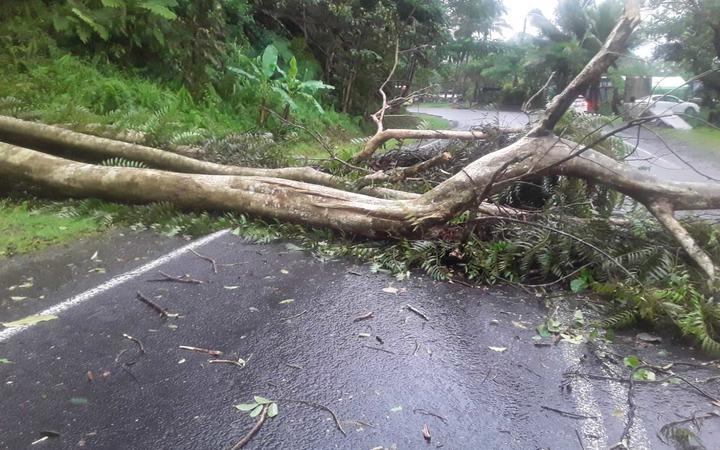 The Fiji Meteorological Service lifted its warning about the storm early today as the cyclone moved out of Fiji waters.

Seven evacuation centres were open in the Eastern Division with 107 evacuees.

The Kavala Health Centre reported there had been no injuries in northern Kadavu, but major damage to the island's agriculture sector.

The number of evacuation centres in the country has decreased from 52 to 25 with 499 evacuees, down from 1624.

Clearance has now been given for larger ships to operate in the Western, North and Central divisions but restrictions are still in place for Southern Lau.

Prime Minister Frank Bainimarama is receiving another briefing by response teams this hour. Rest assured your #FijianGovernment is taking every measure to help #Fijians who were affected by #TCSarai#FijiNews #TeamFiji pic.twitter.com/8KbVXnXQwl

And the Fiji Consumer Council has issued a warning to traders to ensure they don't sell food that has gone bad due to power outages.

As a result of Tropical Cyclone Sarai, many areas in Fiji experienced prolonged power outages.

In a statement, the council said a stern warning had been issued to supermarkets, butcheries and food retailers to destroy food items and meat that had thawed and become unsafe for human consumption.

Traders must take the lead role in disposing of affected goods as public health and safety is paramount, it said.

The council said it had noticed in the past that some traders had attempted to tried to sell goods that had been damaged in natural disasters.

Meanwhile in Tonga, the meteorological service is warning people to be vigilant as it forecasts Tropical Cyclone Sarai to reach Tongatapu this afternoon.

Formerly a category two system, the cyclone has now been downgraded to category one, although it is still generating sustained winds of 85km/h with gusts reaching up to 120km/h.

Sarai's centre is expected to be about 15km west of Nuku'alofa at 1pm local time today.

The storm is moving east southeast at 12km/h.