The entire UN climate talk process might have to be reviewed if nothing is achieved this year, a Niue government minister says.

Dalton Tagelagi is representing the island at the latest talks in Madrid, where leaders are thrashing out the final rules to the Paris Agreement, under which more than 200 countries have to restrict their emissions.

But contentious issues remain - chief among them compensation for loss and damage and climate financing.

Those issues were kicked down the road after they couldn't be resolved at last year's meeting in Poland because of opposition from countries like the US, Saudi Arabia and Russia.

Mr Tagelagi said the process could be frustrating.

"Well, it's got to be this year or nothing. It's as simple as that. If it doesn't happen then we have to [review]...and that's where our leaders can take to the UN and say 'look, we've had enough, we're not making any progress'.

"But for the sake of the region, and all other small islands states, we have to keep fighting." 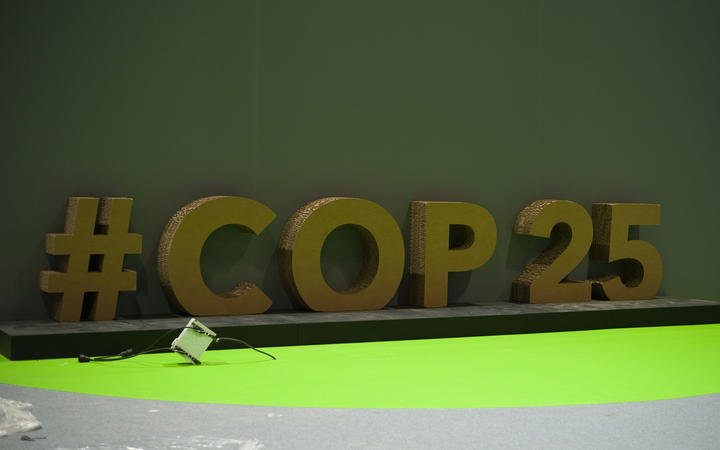 Big emitters needed to accept the findings of the latest report from the Intergovernmental Panel on Climate Change, he said.

"We're here for the world to know that the Pacific is suffering because of the consequences of big emitters around the world...