For 74-year-old Teaga Esekia, a chief from the Tuvalu island of Vaitupu, the ocean is a lifeblood. 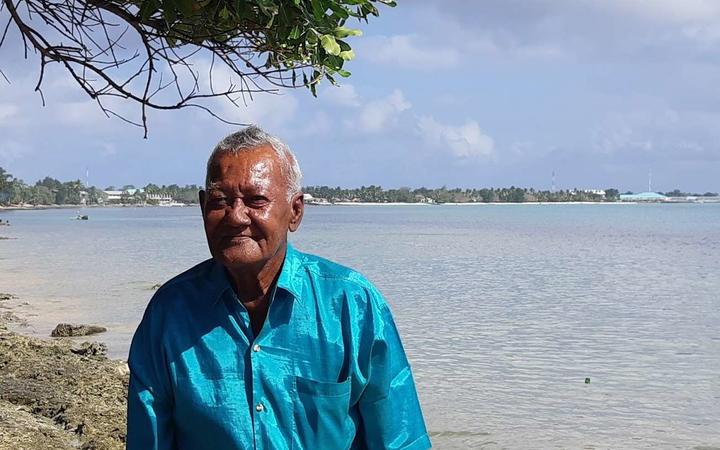 "Tuvaluans, they have different types of months, not like January to December," said the elderly but agile man, who still climbs coconut trees every day.

"They have their seasons according to fish and planting. We tell the time by fish."

Mr Esekia was sitting at the edge of the lagoon on Tuvalu's main island, Funafuti, where he had travelled for a medical appointment. As he sat beneath a tree, sheltering in the breeze from the harsh afternoon sun, he told of how that ocean has changed.

"Some of the common fish, they're very hard to find now in Tuvalu. That's a problem we're facing nowadays."

His people on Vaitupu also sustained themselves by planting pulaka, a type of swamp taro, which are grown in pits.

"I can see most of the pits are now not growing because if you taste the water there, it's salt. When we were young, these pits were growing very well. Nowadays it's very hard," he said.

The changes seen by Mr Esekia were starkly highlighted last week in the latest report from the Intergovernmental Panel on Climate Change (IPCC).

The report, which was written by more than 100 scientists and experts - including several from New Zealand, Australia and the Pacific - is based on more than 7000 scientific studies, providing one of the most comprehensive insights into the state of the oceans today.

It concluded that the oceans are heating at such a rate that their chemistry is being altered which, in turn, is threatening seafood supplies, fuelling more extreme cyclones and floods, and posing a profound threat to millions of people who live in low-lying areas.

For the Pacific Islands, it painted a grim picture.

"We already see in the Pacific these impacts," said Helene Jacot des Combes, a scientist at the University of the South Pacific and adaptation advisor to the Marshall Islands government, who was one of the report's contributing authors.

"It is true that all the changes in the ocean in terms of temperature, in terms of ocean acidification, will have a very important impact on the marine ecosystems and on the distribution of fish and other marine life," she said. "We can already see some variation."

Jens Krüger, the manager for oceans affairs at the Secretariat of the Pacific Community, who was not involved with the IPCC report but is on the executive planning group for the UN Decade of Ocean Science, said the conclusions painted a grim picture: the effects would be most keenly felt in the Pacific.

"It really confirms that our ocean is at a breaking point. It's getting hotter, sea levels are rising, the ocean is becoming more acidic, and of course all of this is happening as our planet heats up," said Dr Krüger.

"For us in the Pacific, the report also highlights that all these changes, and the rate and the magnitude of the changes which are already being observed, are highest in our region."

The oceans act as a crucial buffer against global warming, absorbing about a quarter of the carbon dioxide that's emitted, as well as taking much of the excess heat that's trapped in the Earth's atmosphere. But the report says there's so much that the oceans are becoming hotter and more acidic.

"These positive aspects of the ocean in the climate change is having a side effect in the ocean with the change in the chemistry, and that will have a lot of impact," said Dr Jacot des Combes. "For the Pacific, where people depend so much on the ocean, it's very problematic."

These warming waters are throwing marine ecosystems into disarray, the IPCC said, as habitats wither. The frequency of marine heat waves - which kill fish, sea birds and coral reefs - has doubled since the 1980s, it said, while many fish populations are migrating far from their usual locations - like Vaitupu, in Tuvalu, where Mr Esekia has noticed a decline - as they try to find cooler waters.

Already, Dr Krüger said, this was being keenly felt in the Pacific. This year alone, severe coral bleaching events have whitened reefs in French Polynesia and Guam, and fears have grown about whether they'll recover as bleaching events become more common.

Heatwaves in the ocean are expected to become 20 to 50 times more frequent this century, depending on how much emissions increase, the report said, with vibrant underwater ecosystems like coral reefs and kelp forest are all expected to suffer serious damage.

"Warm water coral reefs, for us in the Pacific, that's our major ecosystem," said Dr Krüger. "The report confirms that we are actually creating a world that is incompatible with our way of life."

In the Pacific, reefs are some of the main sources of food, income and defence. Their fish and plants provide sustenance for locals, and income from fish exports and tourism. They also act as a barrier, dissipating the force of waves as they charge towards vulnerable islands and atolls, especially as sea's rise, which is another of the report's conclusions.

As ice sheets and glaciers melt, it said, ocean levels are being pushed up, making extreme flooding that was once rare become annual events.

That's already being seen in places like Kiribati and Marshall Islands, Dr Jacot des Combes said, where inundations were happening with increasing regularity.

"We have seen that the number of category four and category five cyclones are increasing in the total number of annual cyclones," said Dr Jacot des Combes. 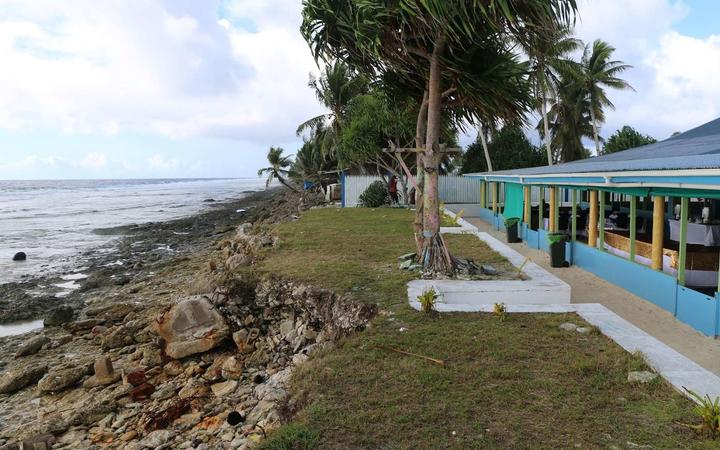 While the report said the severity of the threats it outlined could be reduced if nations sharply cut their greenhouse gas emissions, it also pointed out that many countries would need to adapt to many changes that have now become unavoidable.

Dr Krüger said this included most Pacific countries, especially in the northwest Pacific, where sea level rise was already three to four times the global average.

"We're definitely not moving fast enough," said Dr Krüger. "Really, the report concludes by highlighting, you know, that we have this urgency, we have to prioritise, we need to do it now."

Mr Esekia was sitting at the edge of Funafuti lagoon on the day of the leaders' retreat of the Pacific Islands Forum in August, where the region's leaders were meeting to try and thrash out a declaration on climate change.

That agreement was taken to the United Nations in New York last week, where world leaders again met to discuss climate change as a mass of youth-led climate strikes were held around the world, coinciding with the IPCC report's release.

Most industrialised countries aren't on track to meet their Paris Agreement targets, let alone the drastic changes called for in last week's report.

"There is no excuse for large, wealthy and polluting nations not to act," said Ms Heine at a news conference.

"We are most heavily threatened and impacted and we are least equipped to tackle what are overwhelming challenges as we seek to cope or to respond."