Pacific Islands leaders know all about compromise, and were not expecting miracles, but they will still come away from the Pacific Forum summit with a bitter taste in their mouths.

A meeting of the Pacific region's 18 presidents, prime ministers and premiers stretched late into the night on Thursday, with Australia and other countries distancing themselves from strong language that called for urgent action to tackle climate change.

After a marathon twelve hour meeting, the leaders retreat ended in confusion, with hurried news conferences held before the final statements were released.

"Everybody was working, trying their best," said Tuvalu's Prime Minister, Enele Sopoaga, as other leaders left in a motorcade behind him. "Leaders were shedding tears in there, can you believe it? So I'm very, very happy."

"I would say it was very fierce and very frank," said Vanuatu's foreign minister Ralph Regenvanu of the retreat. "Everybody had to shift their positions, it was twice when it was like 'okay this isn't going to happen, this isn't going to be a joint declaration' and the meeting had to regroup to make sure forum leaders stayed inside the tent."

In the end, leaders agreed to a communique and a separate statement on climate change. The main communique endorsed - with qualification - a declaration from the small island states, which was released on Tuesday.

That declaration - which was backed by the region's nine smallest countries, including Tuvalu - declared a climate crisis, called for an immediate phase out of coal, a commitment to reducing emissions to 1.5 degrees, and the replenishment of the UN's Green Climate Fund.

The small island states took that to the meeting of the full forum, but the qualification means that not every country could agree.

Mr Sopoaga said Australia was a country that qualified, again pitting its climate stance against those of the Pacific nations. Australia's prime minister, Scott Morrison refused to be drawn on that, saying, it's not incumbent on any member state to endorse that statement, it's a statement of the small Pacific states. 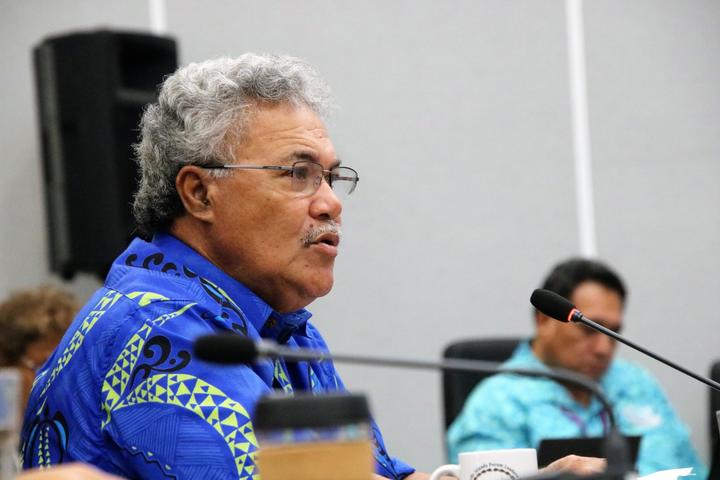 But several other nations also knocked it back, among them New Zealand and Vanuatu.

"We were being asked to endorse a statement we had not read," said Mr Regenvanu.

Still, Australia's stance on climate issues remains a bone of contention for the Pacific states, with representatives telling RNZ Pacific on Thursday night that Australia largely stood alone on the issue at the talks, that often times got heated.

However, Australia did back a separate climate change statement attached to the communique, the Funafuti Declaration for Urgent Climate Action, which committed countries to working in solidarity to combat climate change.

It also addressed climate financing, a commitment to phase out reliance on fossil fuels, and pledged to try and meet a target of 1.5 degrees, although its wording was more vague than that released by the small island states on Tuesday. 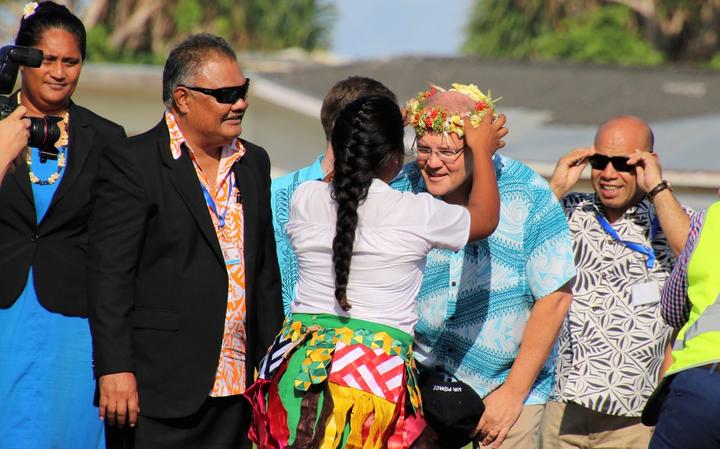 All references to coal were scrubbed out, though references to a climate "crisis" remained. Mr Regenvanu said agreement on "crisis" was achieved because it referenced a crisis in the Pacific Island States, not the Blue Pacific, the Forum's jargon to describe the region including Australia.

"Here in the Pacific in particular, and in Pacfic Island nations, the impact of climate change ... isn't theory, it's real. It's happening to them right now and has been for some time," Mr Morrison said. "[These documents] set out our collective commitment to address these issues."

Mr Regenvanu described it as a remarkable concession.

"So most of the key language we want to be included that has not been included in the past is there."

However, he added there were several "red lines" that Australia couldn't bring itself to back, including references to coal, announcing a net zero emissions strategy for 2050 by next year, and any target below 1.5 degrees, Mr Regenvanu said. 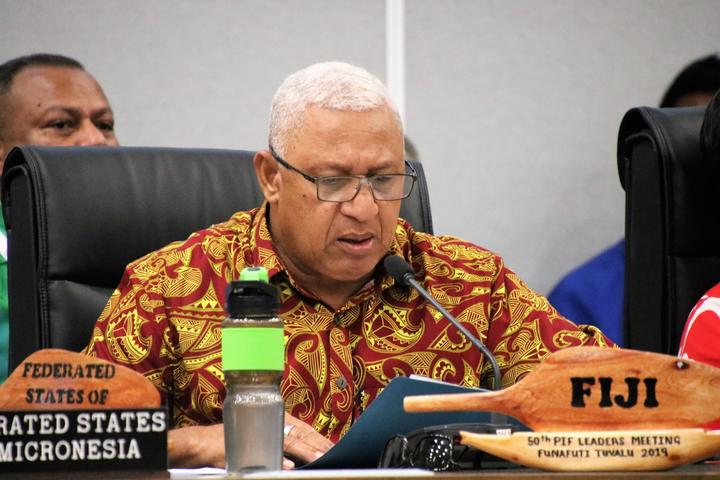 For other countries, the communique was far from enough, especially for the prime minister of Fiji, Frank Bainimarama, attending his first forum meeting in more than a decade.

"We came together in a nation that risks disappearing to the seas, but unfortunately, we settled for the status quo in our communique," he said in a post on Twitter. "Watered-down climate language has real consequences -- like water-logged homes, schools, communities, and ancestral burial grounds."

That was shared by the opposition leader of the Solomon Islands, Matthew Wale, who said "what a missed opportunity to really 'step up.' 'family' has been exploited for domestic Australian politics.

"Pacific islanders were hoping for sincerity when we hear 'we're family.' We were mistaken," he wrote.

"I think the outcome is a very good outcome, it's probably the best outcome given the context and circumstances," he said.

Later on, he added: "we had very, very open discussions with the prime minister of Australia." 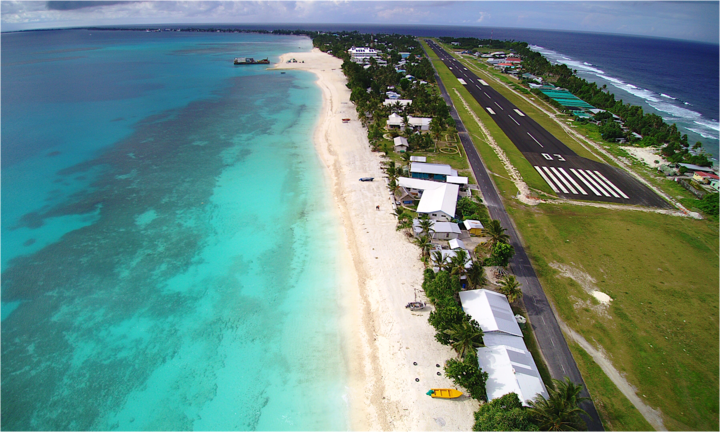 Other items agreed to included the creation of a Pacific Resilience Facility, to be based in Samoa; the drafting of a plan to guide the Forum countries through the next 50 years; nuclear issues, the negotiation of maritime boundaries and the clean-up of old wrecks.

Still, Mr Sopoaga had hoped this forum would be the one to unite all sides on the issue of climate change, which threatens his country more than most. At the news conference, he showed flashes of disappointment.

"I think we could say we should have done more for our people," he said.