The US Centers for Disease Control (CDC) and the World Health Organisation (WHO) are calling for a renewed effort to eliminate measles. 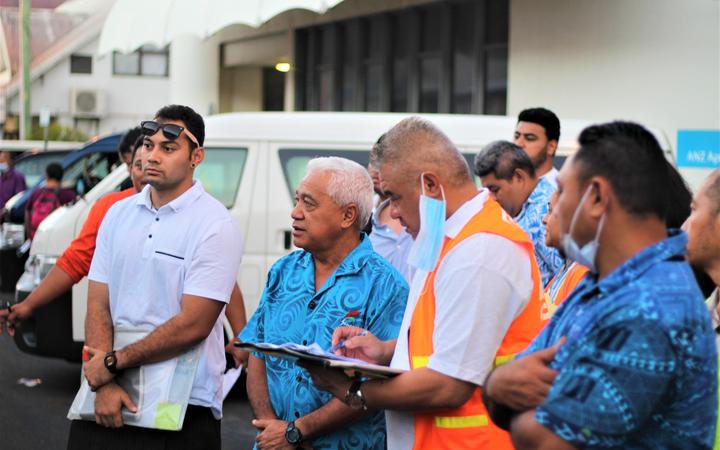 Unprecedented state-of-emergency orders came into into force in Samoa on Thursday in a major push to get everyone immunised against measles. A government shutdown and travel ban is in place to allow mobile medical teams to visit people in need of vaccinations at their homes. Photo: Government of Samoa / Facebook

The disease killed 140,000 people last year - mostly children - and globally cases in 2018 were up 167 per cent compared with 2016, according to new figures released by the CDC and the WHO this morning.

It comes as an epidemic in Samoa has killed 62 people; all but eight of the deaths are children under the age of four.

Over the 2000-2018 period, the CDC and the WHO estimate global coverage of the first dose of the measles vaccine increased from 72 percent to 86 percent. But more needs to be done to get populations around the world to at least 95 percent immunisation coverage, they said.

"We really have the magic bullet here," said Robert Linkins, a CDC expert on global immunisation. "The struggle really is to ensure that people get the vaccine."

Vaccination rates globally have stagnated for almost a decade. In 2018, 86 percent of children globally received the first dose of measles vaccine; fewer than 70 percent got the second dose, according to estimates from the WHO and the UN's children's agency UNICEF .

In Samoa, where more than 4200 people have been sickened with measles, just 13 percent of the population had both doses of the measles' vaccine last year, according to WHO estimates. The rate is one of the worst in the Pacific region, and has been stymied by the deaths of two infants last year after nurses in Samoa administered an incorrectly-mixed measles vaccine.

In the fallout, the measles vaccine was suspended for three months and there was a widespread loss of public trust in vaccines. The nurses have since been jailed. Dr Linkins said Samoa was "clearly at risk of a measles outbreak" due to its low immunisation rates.

"Sixty-two deaths in Samoa - completely, completely preventable and it is tragic."

Over the last 18 years, the WHO and the CDC estimate measles vaccinations are estimated to have saved more than 23 million lives.