Thirteen refugees formerly detained on Papua New Guinea's Manus Island have rejected an attempt to move them into the Port Moresby community. 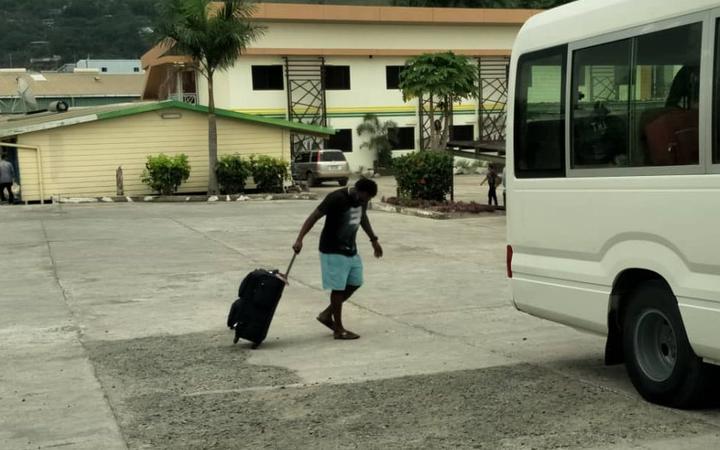 A refugee boards the bus to his new community accommodation shortly before being returned to his hotel. Photo: Shaminda Kanapathi

The refugees have been staying in Port Moresby's Granville Hotel since the detention centres on the island were closed in August.

At that time, about 200 refugees were moved to Port Moresby and spread through hotels across the city.

About 70 are in Granville, from where the first attempt to move refugees into the community was made.

After being bused to their new lodgings today, the 13 refugees were quickly returned to Granville, complaining the conditions were worse than the Lombrum detention centre on the island.

The rooms were too small, the kitchen and bathroom were inadequate and there was no laundry or security, they said.

Last week, the refugees were given a pamphlet preparing them for "independent living in the community".

It warned them that their "expectations may need to be addressed" as there would no longer be service providers supplying food and security. 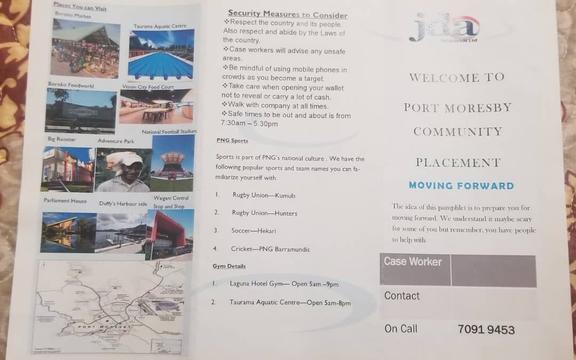 "Be pleasant and polite to the people around you. Have respect for the people and the country... always show your appreciation for the opportunity to live in the community."

The pamphlet advised the refugees they would receive a one off payment of about $US150, two $US75 vouchers for food and a fortnightly allowance of about $US120.

But the advocate Ian Rintoul said that was not enough money to cover the refugees' costs. He warned they would be driven into poverty.

"Instead of resettlement, refugees are being subjected to even more uncertainty and danger," Mr Rintoul said. "The forced move into the community will create more casualties of Australia's offshore detention regime."

The pamphlet also lists "Security Measures to Consider", which includes a warning about not using mobile phones in crowds to avoid being targeted.

"Take care when opening your wallet not to reveal or carry a lot of cash. Walk with company at all times."

Mr Rintoul said the refugees were now into the seventh year of detention with no future in sight.

"The move to the community solves nothing. The Australian government has been holding them illegally for over six years. It's time they were given their freedom and the secure resettlement they need."