In the late 1800s, Tokelau's population plummeted to 85 people, because of slavery. 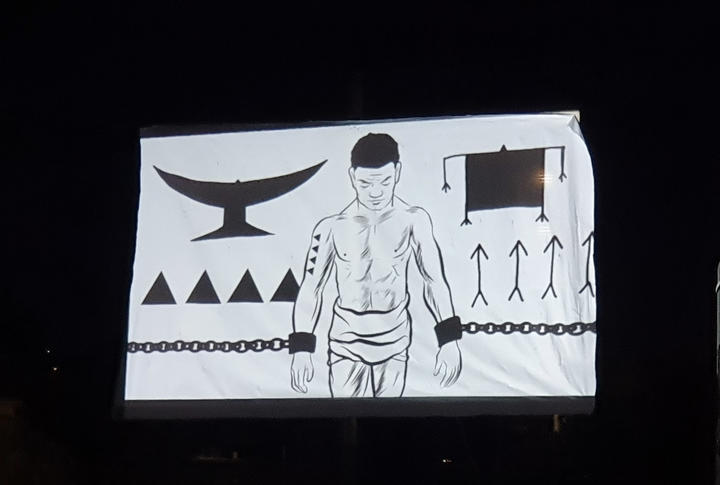 This little known history is the subject of a new art installation, which will travel to next year's Festival of Pacific Arts and Culture in Hawai'i.

The work was launched this week in Porirua to emphasise the resilience of the Pacific country as part of New Zealand's Tokelau Language Week.

Cry of the Stolen People tells the story of blackbirding, the abductions of Tokelauans, and their sale into slavery in the world's last slave market in Peru.

It's the brainchild of three artists in residence at Porirua's Whitireia Polytech, Moses Viliamu, Jack Kirifi and Zac Mateo. 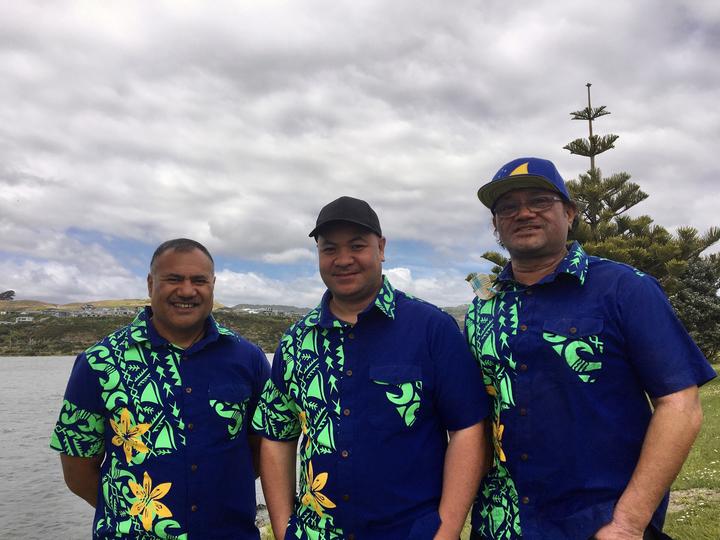 The three went to high school together, then studied at Whitireia in the early 2000s.

"We were only supposed to be here for a month but then they decided to keep us on for another year," Mr Viliamu continued.

"From October we were here but then in February we applied to Creative NZ to be part of the Pacific festival in Hawai'i in 2020 in June. And we got accepted."

They submitted a project, Jack Kirifi said, that was sufficiently new and different to have resonated with the selection panel, particularly as first time applicants.

"So with Creative NZ we're so grateful and thankful for their support," Mr Kirifi added.

"When we found out about the acceptance of our application, early this year, we said wow this is it, this is an opportunity and a platform for telling stories on behalf of our tupuna, our ancestors."

The installation is a modern form of audio-visual story-telling using images projected on to three screens which allude to the sails of the slave ships but represent the three Tokelau atolls of Nukunonu, Atafu and Fakaofo as well.

They are set on masts akin to those on the tall-ships used by the blackbirders. 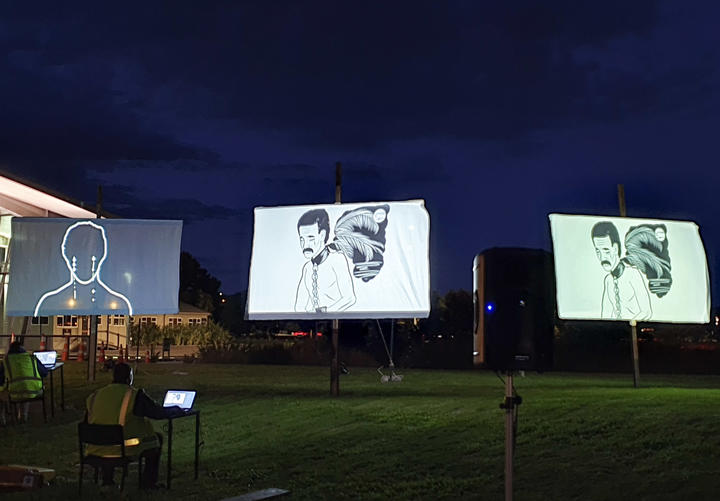 The installation's imagery graphically tells the brutal story of abduction and upheaval but in the beautiful iconography of Tokelau using traditional wood-block style prints.

The story of the abductions, and the blackbirder ships and slave markets of Peru, Moses Viliamu said, still brings grief to the hearts of their people.

"Which is what we found out when we did our installation, that lots of people were very emotional and very touched and they said this really needs to be talked about a lot more with our own people and community."

By 1872, the population of Tokelau had plummeted to 85 people, mainly old men and women or children.

The installation is enhanced with Te Vaka's emotive song Tagi Sina, which mourns Tokelau's loss and implores the blackbirder ship to turn back with their people.

They really had to think laterally, Mr Mateo said, to come up with the format and media for the installation.

"So we dreamed, we brainstormed, we prayed and as we kept pushing our ideas we came up with something that we thought was pretty unique and pretty exciting," he added.

The on-screen computer graphics are rendered from images that are hand drawn or painted.

They illustrate the stories researched about the era including iconography and tattoo styles that have been lost as a result of blackbirding. 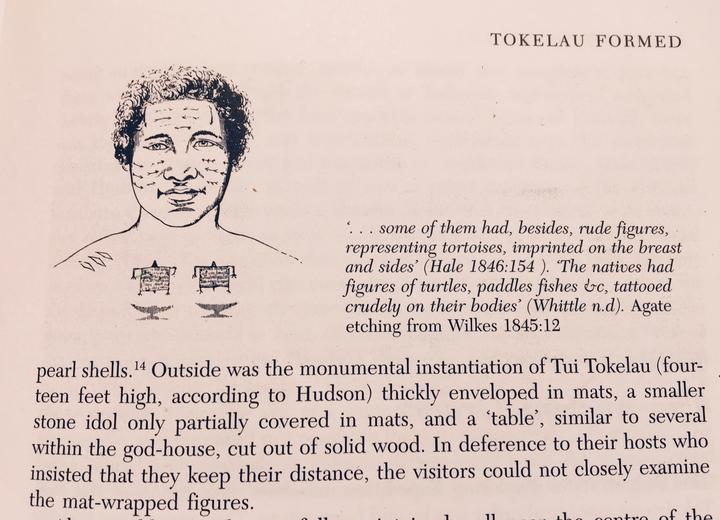 Jack Kirifi said the installation had been showing to Porirua's Tokelau community, as part of Tokelau Language Week, as a story of survival.

"This week ends with the celebration of our culture. On one side, this is our story then. On the other side, this is us now so the resilience, that strength, we want that to come through for our future generations."

With refinements made from the community's feedback, Cry of the Stolen People will represent Tokelau at next year's Festival of Pacific Arts and Culture in Hawai'i.