The shadow of suspensions is hanging over Samoa ahead of their pivotal Rugby World Cup match-up with Scotland tonight. 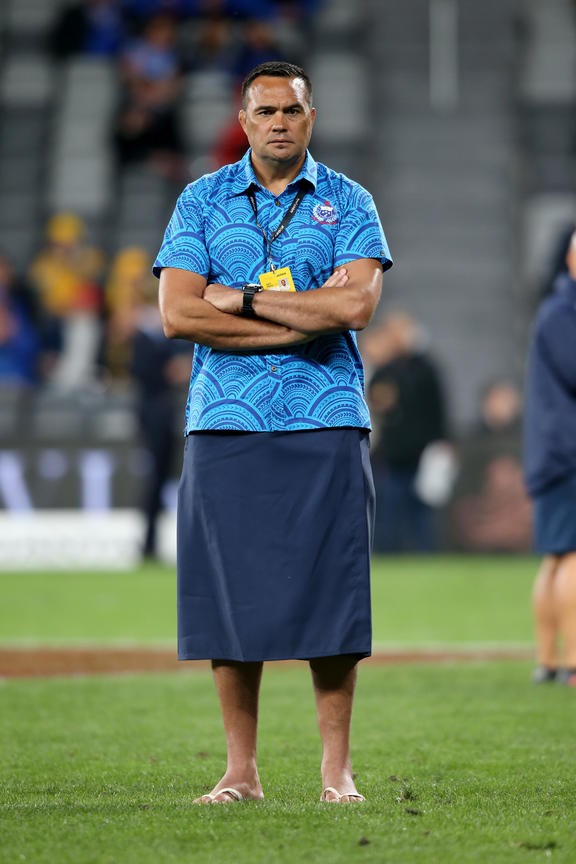 Samoa can take a big step towards the quarter-finals with victory over Scotland in Kobe.

Japan's 19-12 upset win over Ireland has thrown Pool A wide open, with Samoa and the host nation the two remaining unbeaten teams in the group.

Much of Samoa's build-up to the match has surrounded the suspensions of Rey Lee-Lo and Motu Matu'u who have both been banned for three matches for committing high tackles in their opening win against Russia.

Manu coach Steve Jackson admitted the suspensions had been a major distraction.

"It certainly has emotionally for the two players that had to go through what they went through and then obviously to try and not only pick them up but pick up the group, but it's given every motivation for this group of 23 to go out there and do a job for them."

Jackson said the Scottish camp had also been guilty of stoking the fires through their comments in the media.

Earlier Scotland vice-captain Greg Laidlaw had said the Samoa duo deserved to be banned as they were guilty of clear head shots, describing them as brutal.

"We know there's been things put in the media by people in the Scottish around talking to the referee about our tackles and all that sort of stuff and thanks for doing that because it just motivates our players a lot more," said Jackson.

Samoa made four changes to their starting 15 that beat Russia, with hooker Ray Niuia, number eight and captain Jack Lam, halfback Melani Matavao and winger Belgium Tuatagaloa all to make their first start of the tournament.

Another former captain, Piula Fa'asalele, will make his World Cup debut off the bench just eight weeks after breaking his arm during the Pacific Nations Cup.

Steve Jackson said with so many players ruled out it was great to have two leaders back on deck.

"Both players have done phenomenally well to get on the field.

"I mean the guy beside me (Fa'asalele) had an extremely bad break only eight weeks ago and he's had a rod put in his arm...we had a conversation and the surgeon sort of said he'd be gone and it would be touch and go with him," the Samoa coach said.

Samoa have only beaten Scotland once in 11 tests, but the last six encounters have all been decided by 10 points or less.

Jackson cited the forward battle as being of most importance.

Jackson said it was critical that Samoa come out on the right side of the ledger to be able to keep pushing to extend their stay at the Rugby World Cup and allow their suspended players to return. 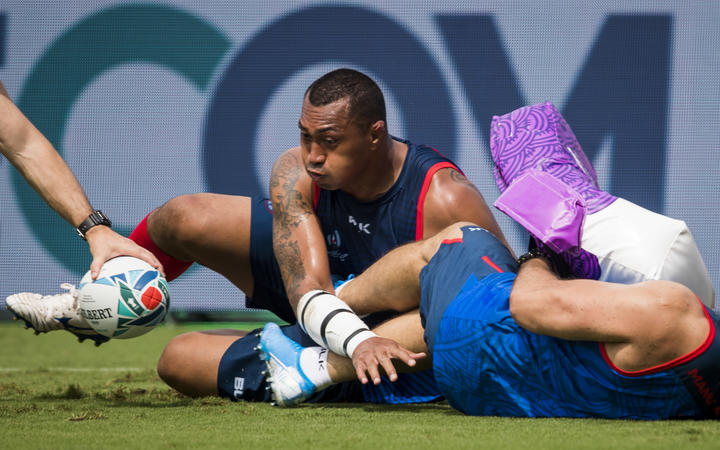 Meanwhile Scotland coach Gregor Townsend has made five changes to his starting fifteen from the side beaten 27-3 by Ireland.