Samoan hooker Motu Matu'u will be unavailable for selection until the Rugby World Cup semi finals after being handed an extended ban for a dangerous tackle. 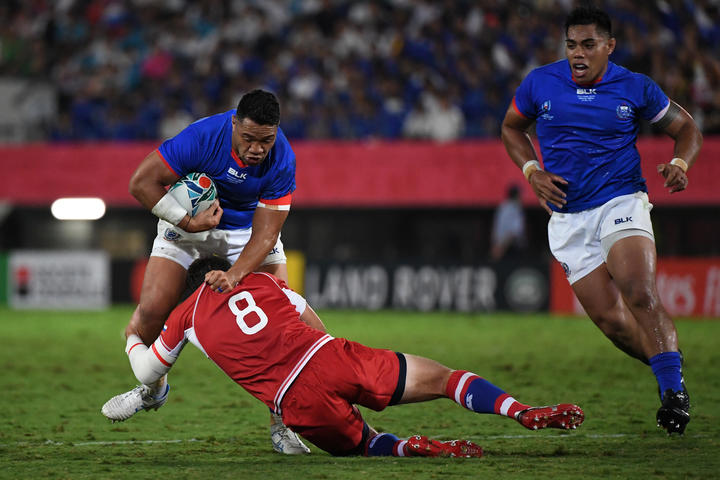 The 32 year old has been banned for three games but an independent judicial committee ruled last night that because he was concussed in the incident Monday's crunch match against Scotland will not count towards his punishment.

Matu'u was shown a yellow card for the tackle on Russian captain Vasily Artemyev on Tuesday, which came just two minutes after teammate Rey Lee-Lo was also sent to the sin bin for a high tackle on the fullback.

Both players were cited after the match with Lee-Lo handed a three game ban on Thursday night, while the judical committee deferred their decision on Matu'u for up to 24 hours. 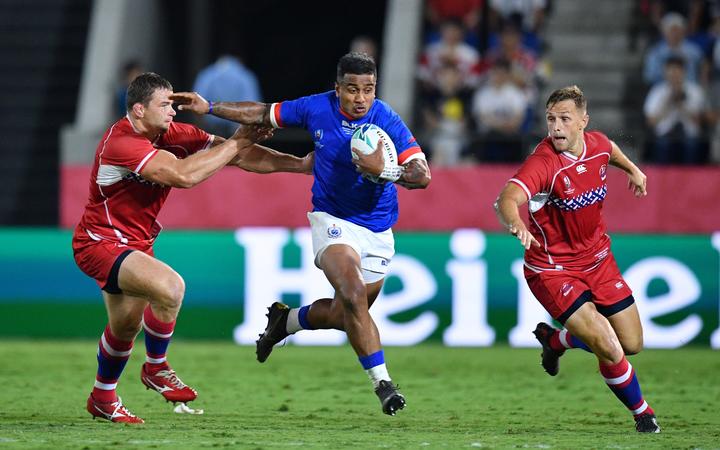 His shoulder made direct contact with the head of Artemyev but the hooker himself was left dazed after clashing heads the ball carrier in the same incident.

Matu'u failed a head injury assessment and did not return to the match after half-time.

The committee ruled the tackle was "reckless" and "a high degree of danger was reflected in the approach to the contact and follow-through."

"The player's execution of the tackle resulted in a loss of control of the terms of contact with the opposition ball carrier," the committee concluded.

The punishment was halved from six weeks because of Matu'u's "disciplinary record, good character and conduct at the hearing".

However, because he is unavailable for Monday's clash against Scotland in Kobe, in line with concussion protocols, leaving Ray Niuia and Seilala Lam as the only fit hookers, he will therefore be suspended for their final two pool games against Japan and Ireland, as well as a quarter final if the Manu progress to the knockout rounds.

He has 48 hours to appeal the decision. 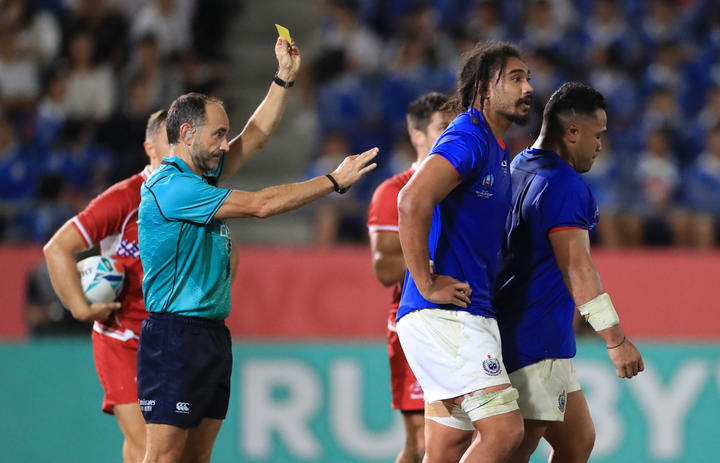 Samoa, who will announce their team on Saturday afternoon, will also be without the suspended Lee-Lo although fellow centre Kieron Fonotia is fit again and shapes as an obvious like-for-like replacement.

The Manu will be also boosted by the return of captain Jack Lam and fellow flanker Piula Fa'asalele, while winger Ahsee Tuala remains in doubt with a leg injury.

Meanwhile sevens star Alamanda Motuga joined the team on Friday as a replacement for number eight Afa Amosa, who was ruled out of the tournament after ruputuring a ligament in his right knee against Russia. 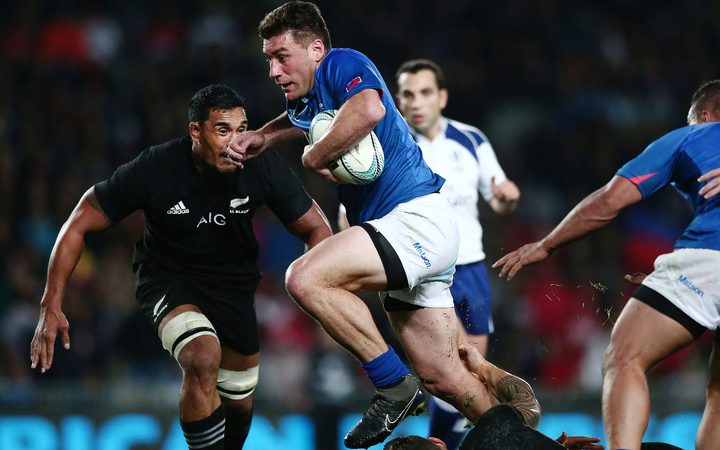