Samoa's Prime Minister has told the United Nations the science has spoken and it must accept basic climate logic.

Tuila'epa Sa'ilele Malielegaoi told the 74th General Assembly his main message has been consistent for the past 21 years of attending sessions in New York. 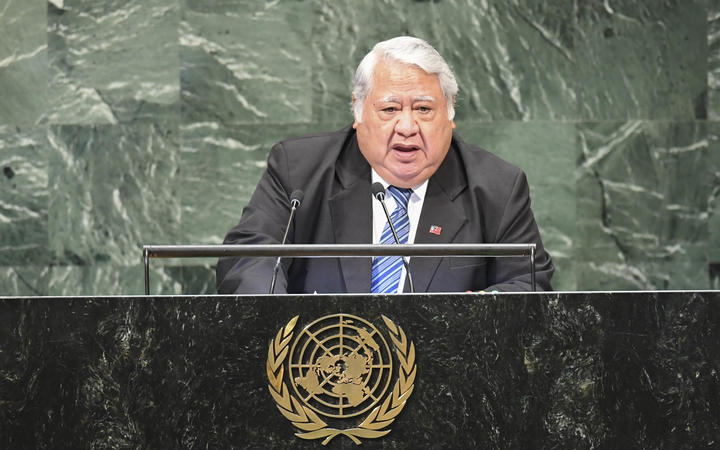 Samoa's Prime Minister Tuilaepa Sailele Malielegaoi speaks during the General Debate of the 73rd session of the General Assembly at the United Nations. Photo: AFP or licensors

He said the science cannot be used selectively only when it suits certain agendas.

The Samoan PM said it is misguided to portray the crisis as a small island developing states issue only, when nothing can be further from the truth.

"Climate change crosses borders uninvited and does not discriminate by size or economic status.

"It impacts every country, though some more extensively than others; like small island developing states, because of their particular and unique vulnerabilities" he says.

He said climate change required a decisive response from the world community.

"It should unite rather than divide us. The challenges of and the solutions to address climate change is already common knowledge.

"Yet we have failed to deliver ambitious global action so necessary to address the root causes of climate change through compromise.

"We must accept basic climate logic."

He said, "climate change is real, climate change is here, it is impacting with far more frequency and severity and it is a security risk of far greater proportion than many are willing to admit".

Sadly, it could lead to the demise of some sovereign states that are low lying atolls and small island states" he said.

Tuilaepa said the world has failed to deliver on climate action due to a failure to accept the science and urgent collective work is a must.

He said his appeal to the United Nations remains Samoa's (and the small island developing states) last best effort and true leaders must lead.

The Samoa Pathway mid-term review was accepted by the UNGA over the weekend in New York.