Fiji's prime minister Frank Bainimarama has ridiculed world leaders for staying silent while youths speak up for the planet. 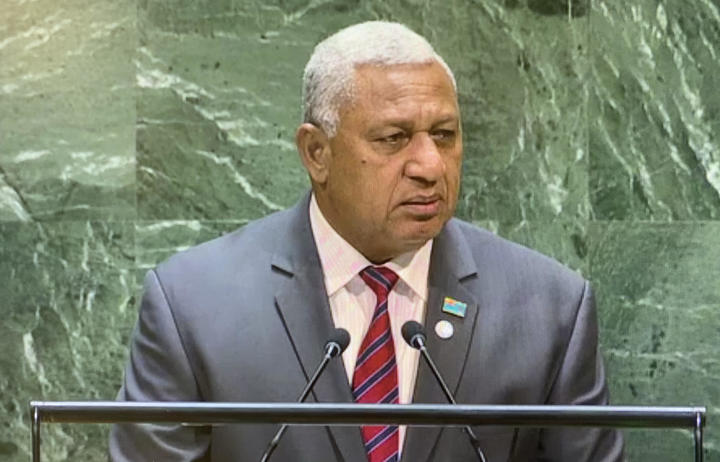 Speaking during the UN General Assembly Mr Bainimarama said there had been a lot of inspiring calls for climate action in New York this week.

But he said with a few exceptions most of them have come from young people.

"Young people living in terror at what the coming years will bring but who are choosing to speak out rather than cower in fear. Young people who know a secure and prosperous future remains within reach but only if we as leaders choose to act and act now to save them."

The Fiji prime minister promised to stand with the youths and to continue pushing for more climate action from the global community.

"Small as we are Fiji will fight. We will keep being a voice for more climate ambition, more climate action. We will continue to advance our case in the great forums of the world not only on behalf of Fijians and other Pacific Islanders but the climate vulnerable everywhere."