Samoa number eight Afaesetiti Amosa has been ruled out of the Rugby World Cup with a knee injury.

Amosa was injured in a high tackle while scoring a try in Samoa's 34-9 victory over Russia. 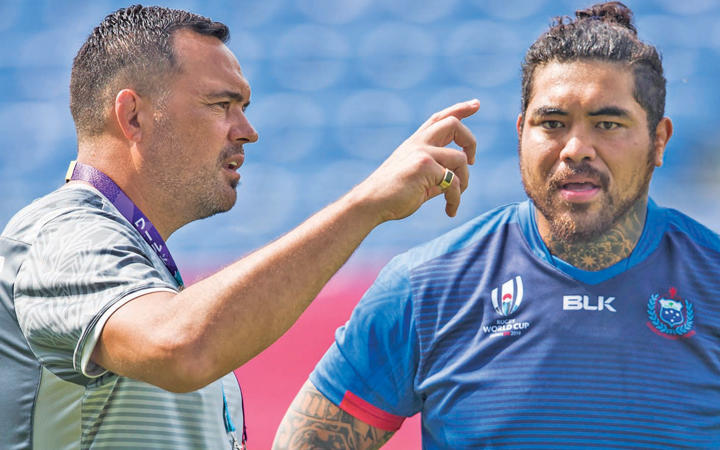 Jackson said he has been an outstanding member of the team and he will be missed.

"We are absolutely gutted for him. He is upbeat - but we just need to do what's best for Afa."

Amosa injured his right knee in the act of scoring, just after halftime, in Manu Samoa's 34-9 victory over Russia on Tuesday night.

"We are just so disappointed for Afa - because he put a lot of effort into the Rugby World Cup. He put a lot of work into his performances and he was playing really well. "

The coaching group is considering its options on who will be called up to join the Manu Samoa Rugby World Cup 2019 campaign.

When will Samoa play at the Rugby World Cup?

Their second game is against Scotland on Monday September 30 at 7.15pm Japanese Time.

Samoa will play its third pool match against hosts Japan on Saturday October 5 at 7.30pm.

A week later it will play Ireland on Saturday October 12 at 7.45pm.