A student rights group in Solomon Islands says the government's ignored those studying in Taiwan when it moved to cut ties with the country. 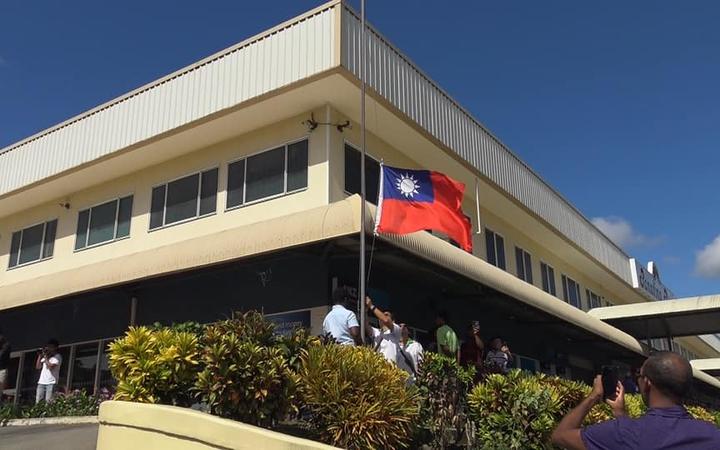 The lowering of the Taiwan flag in Honiara Photo: Facebook/ Maverick Peter Seda

Taipei ended the 36-year relationship on Monday after Solomon Islands endorsed a move to shift relations to China.

According to students, there are 125 Solomon Islanders studying in Taiwan on scholarships funded by Taiwan's Foreign Ministry.

Maverick Peter Seda said some students have received notices to leave their dormitories in Taiwan.

A Solomon Islands government statement on Tuesday says students in Taiwan are being well looked after.

"We never thought this would happen to us, it's like a nightmare," said Lorah Tis George, a fourth-year international relations student at Nangkim University in Tapei.

"We didn't expect any of this to happen and now we're only being worried and depressed of what's going to happen next to our study."