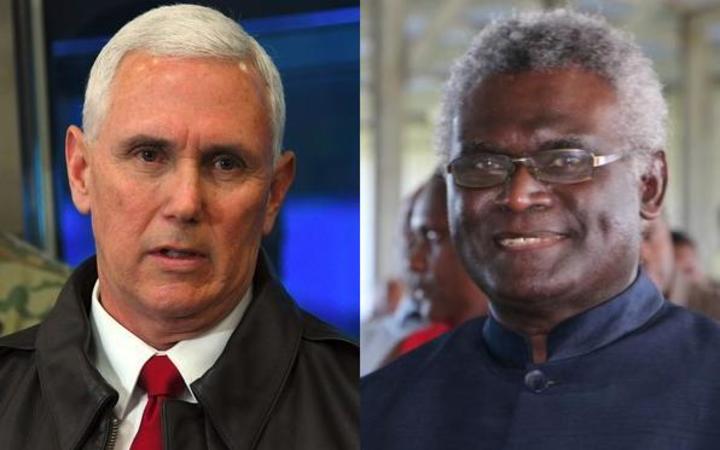 The meeting was to discuss the development relationship but it's been called off after the Solomons cut ties with Taiwan in favour of China.

The Solomons is the sixth country to switch allegiance to China since 2016.

Taiwan had accused China - which claims Taiwan as its territory - of trying to meddle in its upcoming elections.

Reuters reported Manasseh Sogavare had sought a meeting back in July.

The meeting was to have taken place this month on the sidelines of the United Nations General Assembly meeting in New York, or afterward in Washington.

A State Department official said the Solomons' decision to change its diplomatic recognition had consequences.

The unnamed official said it was prioritising short-term gain with China over long-term commitment with the US.

The US currently hold diplomatic ties with China.

The Solomon Islands opposition leader, Matthew Wale, said the government had been too hasty in deciding to switch ties from Taiwan to China.

The Solomon Star newspaper reported Mr Wale as saying "the hasty manner in which the government made the decision was both undemocratic and highly questionable."

Mr Wale said it showed the prime minister's real intention was to by-pass the role of the legislature in the decision.

He said the role of the Parliamentary Foreign Relations Committee was pivotal in double-checking government activities as it enabled the wider public to directly participate in the decision making process.