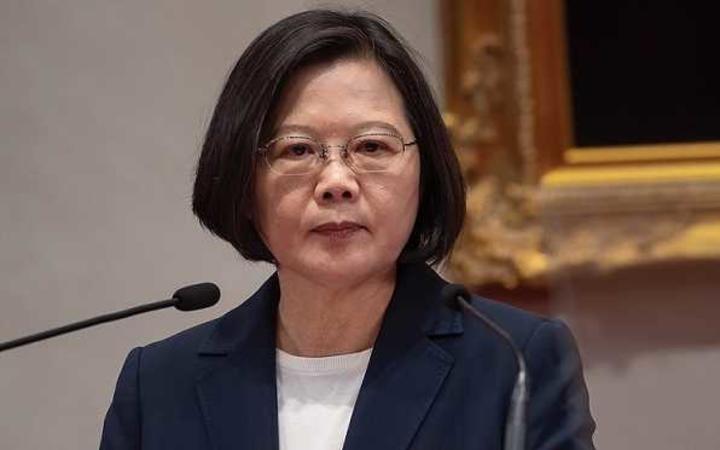 The Solomons cabinet made the decision yesterday after which Taiwan terminated its 36-year relationship with the Pacific country.

Ms Tsai said China's promises of financial assistance often came up "empty" and that "Taiwan's contributions to Solomon Islands, particularly in medicine, agriculture, education, and culture, could not be measured in dollars".

"Taiwan's attitude towards its diplomatic allies has been one of sincere friendship. We spare no effort and treat our allies with sincerity. However, in the face of China's interference and suppression, we will not stand to be threatened, nor will we be subjected to ceaseless demands," Ms Tsai said.

Taiwan has cleared out its embassy and recall all technical and medical personnel stationed in Solomon Islands.

A local employee with Taiwan's embassy in Honiara said diplomats left for the airport this morning after a flag-lowering in the building's courtyard.

Ms Tsai Taiwan thanked the staff for their work.

"I want to thank them for fighting bravely to the last for our diplomatic relationship. It is indeed regrettable that their unfinished cooperative projects must come to an end, and it is a loss for Solomon Islands people," Ms Tsai said.

"However, this is the choice that Solomon Islands' government has made, leaving us with no other option but to respond in this way.

"Although we have terminated diplomatic ties, I want to extend my gratitude to the people of Solomon Islands for their support for Taiwan, and to our allies in the international community who sought to help mediate this issue.

"Changes in the diplomatic arena are indeed challenging, but Taiwan still has many friends around the world willing to stand with us, and we are not alone."

The government in Honiara had yet to formally sign on with Beijing when the Taiwanese government decided to withdraw its diplomats from the Solomons.

But the Chinese Foreign Ministry said it stands ready to work with Solomon Islands.

A Foreign Ministry spokesperson said China commended the decision to recognise the One China policy and establish ties with Beijing.

Hua Chunying said China welcomed Solomon Islands to the "big family" and is ready to work on new opportunities.

And now I will begin exploring ways to cut off ties with #SolomonIslands including potentially ending financial assistance & restricting access to U.S. dollars & banking. https://t.co/1l7YdmhWNK

A US senator said he will try to cut off his government's support of Solomon Islands after it voted to dump Taiwan.

On Monday, Taiwan ended the 36-year relationship after Solomon Islands MPs endorsed a report to recognise China instead.

Marco Rubio, who is a member of the US Senate's Foreign Relations Committee, says he will explore ways to end support to Solomon Islands.

He said this could include cutting financial assistance and restricting access to US dollars and banking.

Meanwhile, the chair of the Committee has expressed his disappointment at the severing of ties between Taiwan and Solomon Islands.

Jim Rasch said via Twitter that it will be an important topic at the Committee hearing with US State Department's Bureau of East Asian and Pacific Affairs on Wednesday morning in Washington DC.

I am disappointed by reports that the Solomon Islands has severed its relationship with Taiwan. This will be an important topic of our hearing with @USAsiaPacific
Assistant Secretary Stilwell at 10 am on Wednesday. https://t.co/g3YJQKzZlW