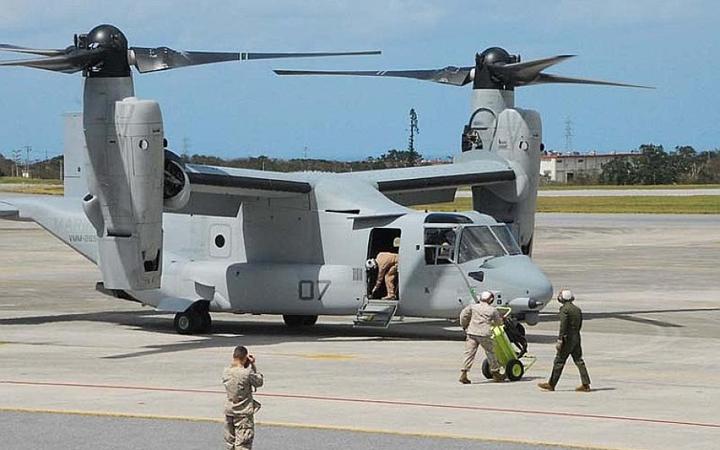 The visit by the multi-rotor Ospreys is a first for Fiji.

The Fiji Times reported the unusual aircraft touched down at Nadi International Airport on Tuesday.

A US Embassy official in Suva said the aircraft are destined for Australia and are not part of any operation in the Pacific.