A Solomon Islands diplomatic taskforce has recommended severing ties with Taiwan in favour of China, as the government inches closer to a decision. 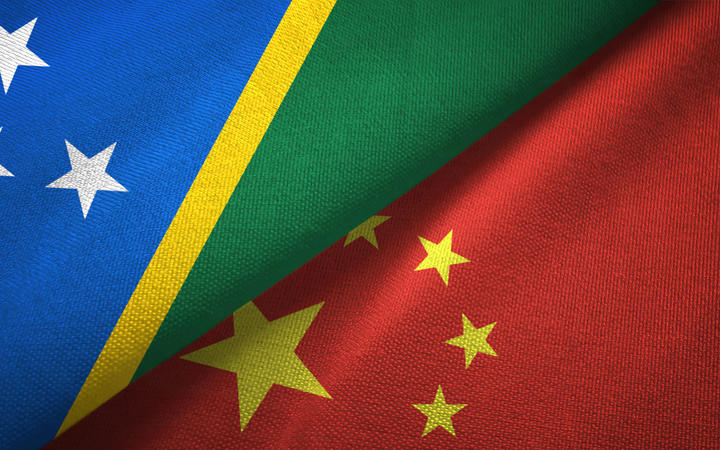 The report released Friday by the parliamentary taskforce recommended the government announce the move by 1 October and then set up a diplomatic mission in Beijing.

China should also be invited to establish a presence in Honiara, the report said.

Taiwan has rejected the report as inaccurate.

It comes as Taiwan's dwindling 17 allies - six of which are in the Pacific - are under increasing pressure from Beijing to switch ties, often in the promise of major infrastructure investment which Taipei cannot match.

Solomon Islands has not yet said when a formal decision will be made.

Minister for National Planning and Aid Coordination, Rick Hou, who leads a bloc of MPs supporting Taiwan, told RNZ Pacific last month that a vote in parliament was unlikely to happen this year.

But with the release of the taskforce report, observers say that deadline could be pushed ahead.

According to the deputy opposition leader, Peter Kenilorea Jr, Prime Minister Manasseh Sogavare and cabinet plan to announce a decision based on the taskforce's report before awaiting a separate report from the Foreign Relations Committee, which is reviewing several diplomatic relationships.

Mr Kenilorea Jr did not detail a planned date. The committee's report is due to be released later this year.

"We are in fact marching to China's beat. We are being dictated by China already - even before we switch," he said in a statement.

The office of Mr Sogavare could not immediately be reached for comment.

The taskforce's report said a technical committee should be set up by government to manage the transition and develop a plan to engage with China.

It said Taiwan was the US government's "pawn in its rivalry with China" and would not be allowed full independence.

The report noted most countries and Pacific Island states recognised China, which had invested in major infrastructure projects across the region through its trademark Belt and Road Initiative (BRI).

Solomon Islands will sign on to BRI after formalising relations with China, advised the taskforce.

Government debt held with Taiwan's government could also be refinanced with loans from China, it said.

Responding to human rights criticism of China, the taskforce said the country's record was "better than that of USA, UK, Australia and New Zealand".

The report said if a decision was made to remain with Taiwan, the country would have to provide Solomon Islands with more assistance, without providing details.

Taiwan's Foreign Ministry said the report was biased and made several factual errors.

It urged Solomon Islands "to reject the predetermined conclusions of the report and the debt trap they may lead to".

"[The report] seriously distorts the facts, and incorrectly states that the taskforce previously came to Taiwan on a fact-finding mission to engage in discussions with the Taiwanese government," it said in a statement on Friday.