The American Samoa government has received $US46,000 in Port and Service fees imposed on the seized North Korean cargo vessel Wise Honest, which has been anchored in its waters for over three months. 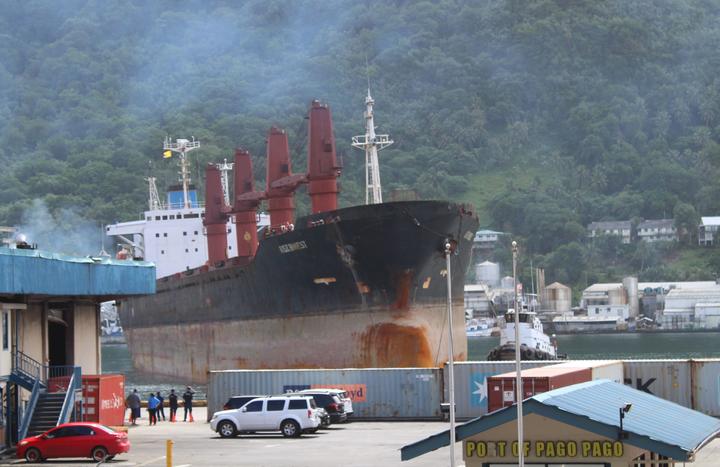 The Wise Honest was towed to Pago Pago in May after it was seized by the US government amid claims it was violating UN sanctions.

A New York court ruled in July the vessel should be auctioned by the federal government.

There have been unconfirmed reports it was sold via auction last month.

Taimalelagi said the local agent for the vessel was billed based on the work provided by port administrators.

Bills were also sent out for the months of June, July, and August, estimated to be for at least $US90,000, she said.

Territorial senator, Tuaolo Manaia Fruean encouraged Taimalelagi to do all possible to ensure that American Samoa got money for hosting the vessel.

He said it appeared that American Samoa was being used as a "dumping place" for the vessel.