North Korea's UN ambassador has called on the United States to hand over a seized cargo ship being held in American Samoa. 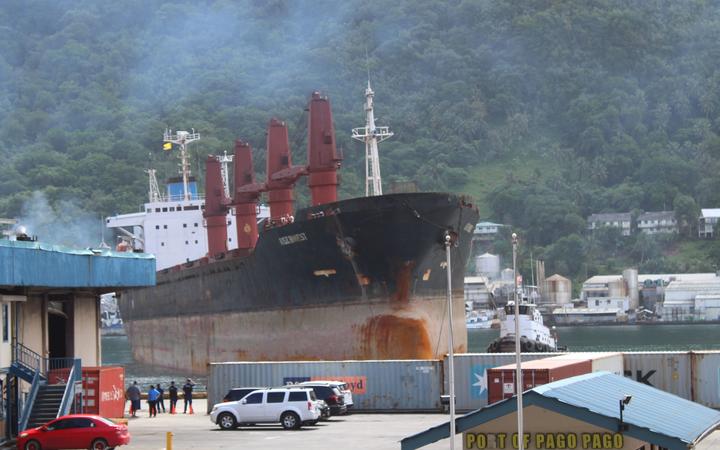 The comments threaten to escalate the diplomatic spill over the seizure, which was made over claims the cargo of the ship, named the Wise Honest, violated sanctions.

"United States should deliberate and think over the consequences of its outrageous acts might have on the future development. Also the United States must return our cargo ship without delay."

Kim Song said North Korea regarded the ship as part of its territory.

Meanwhile, Wise Honest is racking up port fees in Pago Pago but American Samoa has been given assurances the ship owner's insurance will cover any costs.