The North Korean freighter Wise Honest has been moved from the main dock and is now anchored in Pago Pago Harbour. 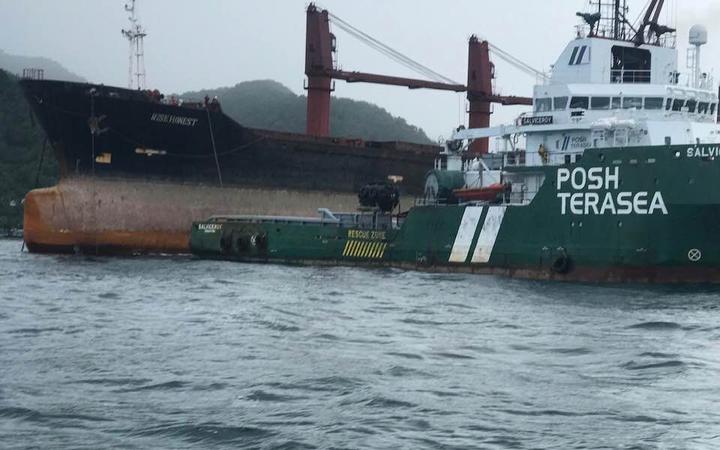 The Wise Honest is towed out to the middle of Pago Pago Harbour Photo: Carlos Sanchez

The 17,000 tonne freighter was towed out by the tugboat Posh Terasea, which had brought the vessel from Indonesia over three weeks.

The Wise Honest was seized in Indonesia because the United States claimed it was carrying coal and machinery in violation of UN sanctions.

It arrived in port last Saturday.

North Korea has demanded immediate return of the cargo ship.

In a statement, North Korea's foreign ministry warned of unspecified "consequences" in response to the seizure.

"The US should carefully deliberate what consequences will follow in the current situation derived by their robbery and promptly return our ship." said the statement.