Tonga rugby coach Toutai Kefu admits he doesn't know much about the one uncapped player named in the 'Ikale Tahi squad for the World Cup. 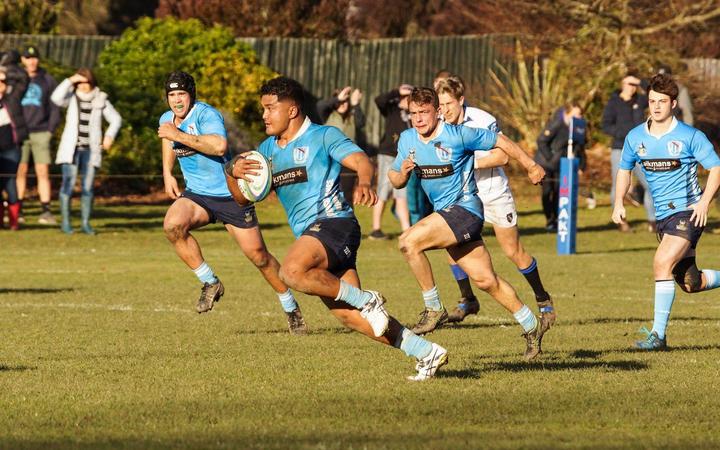 Christchurch-based hooker Siua Maile has been selected at the expense of veteran Elvis Taione, despite no previous involvement with the national team.

The former flanker was named in the Canterbury wider training group earlier this year and Kefu admitted his selection was more about the future than the upcoming tournament in Japan.

"To tell you the truth I didn't know much about him," he said. "He was recommended by a Crusaders forwards coach actually so we did some digging around and what we wanted to do with that position was just bring someone young in that we think may have the potential to progress in the future.

"There isn't any injuries and he probably won't see much game-time but you never know, so he's a player of the future and we want him to add a bit of legacy to this Rugby World Cup experience."

Agen hooker Paula Ngauamo started in Saturday's Pasifika Challenge defeat by Fiji and is expected to be first choice at the World Cup, with Sosefo Sakalia providing impact off the bench.

After being overlooked for the World Cup, 36 year old Elvis Taione's test career appears to be over but Toutai Kefu said it's not necessarily the end of the road for the Exeter Chief, who captained his country against Manu Samoa in July.

"No. He's probably next in line. If there's another injury in that position he will definitely, most likely come in." 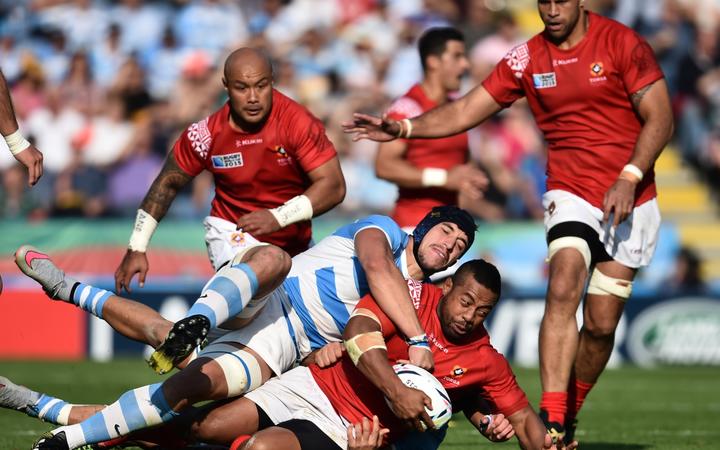 Elvis Taione is tackled during the 2015 Rugby World Cup between Argentina and Tonga Photo: AFP

Saracens number eight Sione Vailanu was another player unlucky to miss out.

"Backrow is a bit of a strength positioning for us," Kefu said. "We've got a lot of depth in that area - second row is where we're probably a little bit light but certainly Sione Vailanu was very unlucky and he only missed out due to the profile of that backrow."

"Our forwards are our strength so they'll be involved heavily in how we're trying to play the game but there's some good experience out in the backs. We're tracking alright. we're getting better each game and the last game (against Fiji) even though we lost there's some massive massive positives we can take out from that game."

Toutai Kefu said there was a handful of players he wanted to select that made themselves unavailable for the World Cup but he is concentrating on the players who are in the team.