The Nauru men's rugby team remain positive despite a crushing defeat in their first ever 15-a-side international match.

The Nauruans were thrashed 89-5 by hosts Papua New Guinea in the first round of the Oceania Rugby Cup on Friday, while Niue pipped Solomon Islands 19-17. 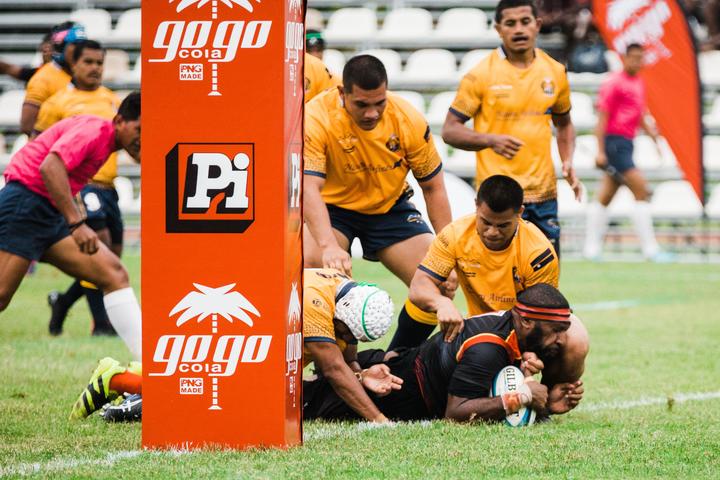 The newcomers spent most of the match defending their goal-line from wave after wave of PNG attack and head coach Dominic Tabuna said it was a huge learning experience for his players.

"We take a lot from the game, specifically our defence and our scrummaging," he said. "Of course at home we can't contest scrums because of the ground and the learning curve over the last few days has been huge.

"The boys are stepping up to the plate and we are working out the scrummaging issues and also the defensive work we've put in yesterday (and) the day before - not just on the field but off. We're talking about it, strategising over it and how to counter, how to execute in the game against Solomons." 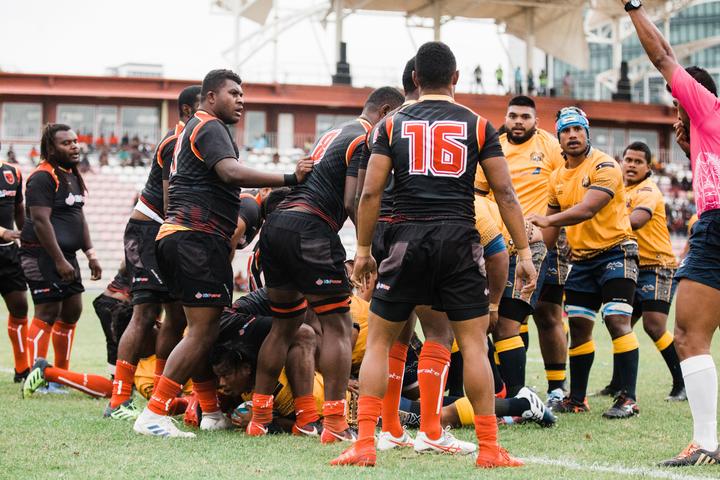 Tabuna said the Nauru team was grateful for the support they received from back home via social media, from people who joined others around the world watching the game online.

While they were no match for the tournament hosts in Port Moresby, who scored 15 tries to one, Tabuna said he was encouraged by Nauru's performance at lineout time.

"From the stats it was 100 per cent completion. For any rugby team that is tremendous and for a first timer like us that is huge, so we take that out of the game and we use that as one of our strengths," he said.

"The fact is our tight work within rucking was fairly good and we'll look to improve that. Looking at the Solomons versus Niue game, that was a really tight game within the ruck area, so we will look to mix it up but use that as a strength within the game and hopefully use that advantage with our lineouts."

Nauru will face Solomon Islands in this afternoon's second round match, before the PNG Pukpuks take on Niue in a top of the table clash. 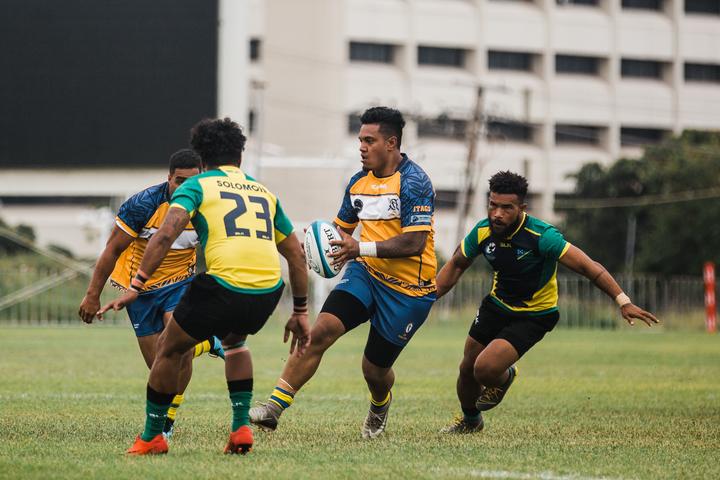