The Nauru rugby team will make its international debut at the Oceania Rugby Cup, which kicks off in Papua New Guinea on Friday.

Head coach Dominic Tabuna and his side are due to travel to Port Moresby today for the Tier 3 Pacific nations tournament, which also features PNG, Solomon Islands and Niue. 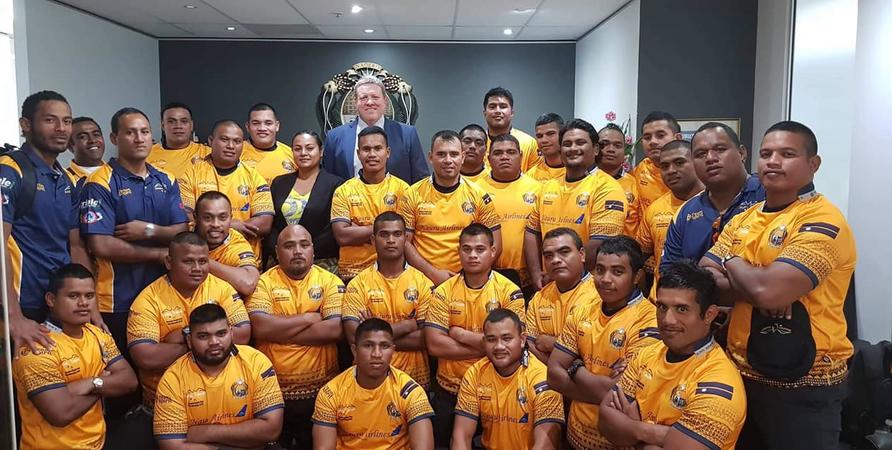 The Nauru Rugby team with their new kit presented by the vice president of the Queensland Rugby Union Garrick Morgan (Back row in suit) at the Nauru Consulate office in Brisbane. August 2019 Photo: Nauru Rugby

While Nauru has competed internationally in rugby sevens, Tabuna said his team's participation in PNG was the culmination of years of work trying to build the 15 a side game locally.

"We started the 15s in the national competition at home. Started years ago with a low number of participants but it is steadily growing," he said.

"It has doubled in size this year and we are able to at least have a group of players to select from for these first three test matches for the national side," Tabuna said.

Before setting off for PNG, the team had a four-day training camp in Brisbane where they were hosted by the North Brisbane Rugby Club.

Tabuna said the camp was crucial for their preparation given the lack of proper rugby facilities on Nauru. 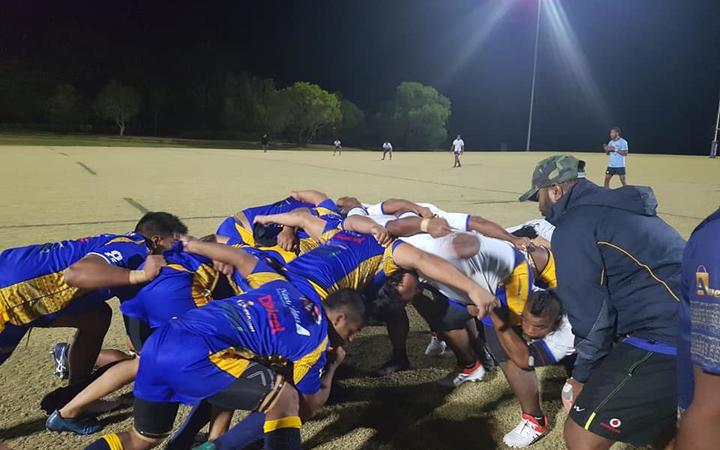 The team also got to watch a club rugby final in Brisbane and were inspired to impress in their maiden tournament.

"Essentially we are looking to give the opposition good competition," he said.