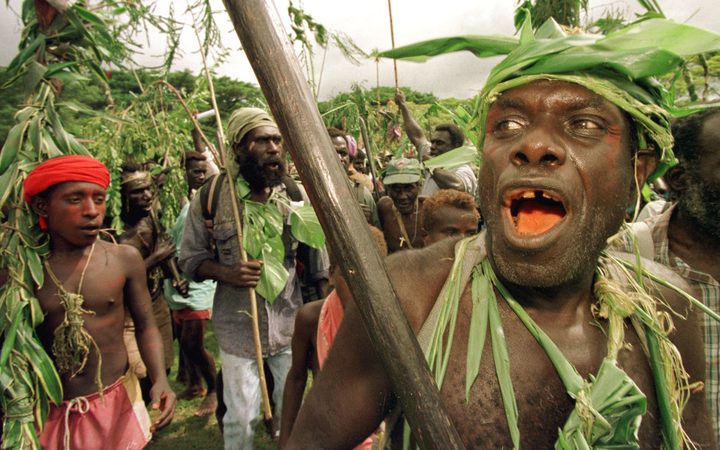 Resistance fighters and guerillas from the BRA arrive at the signing of the Bougainville Cease-fire Agreement in Arawa on Bougainville 30 April. The cease-fire officially ended a decade of brutal civil war which had claimed over 10,000 lives on the mineral-rich island. Photo: AFP

Ms Kirkham said research into the veterans showed progress in engaging with them, but also that they faced issues and required support.

While their leaders have often been engaged in reconciliation, the rank and file, which Ms Kirkham calls the 'Unheard Veterans', have much less opportunity to share their perspectives and challenges.

"And that was linked to the ongoing stigma and some of the labels around what it means to be a veteran or an ex-combatant," she said.