A showdown over climate policy is looking likely in Tuvalu when the region's leaders meet at the Pacific Islands Forum today, with Australia's climate policies to come under particular attack. 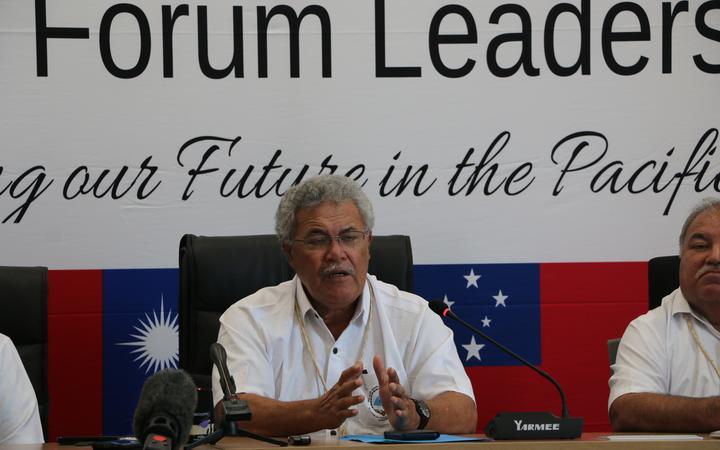 But Australia's government is standing firm, refusing to wind down its commitments to the coal industry, restart contributions to the Green Climate Fund, or do more to cut the country's greenhouse gas emissions - some of the highest per capita in the world.

This sets the scene for what could be a tense standoff when the leaders of the forum's 18 countries and territories meet in a falekaupule at the northern end of the main atoll, Funafuti, today.

The venue is tactical. It's near the island's narrowest point - a causeway precariously positioned between thrashing ocean and blue lagoon - and in view of a coastline ravaged by a changing climate.

"I think by coming to Tuvalu and seeing how extremely vulnerable … there will be realisation of the plights that people in Tuvalu face," said Prime Minister Enele Sopoga, who is also the chair of this year's forum.

"I certainly hope the leaders of the forum will focus [on that]."

Mr Sopoaga was speaking at the conclusion of the Small Island States meeting, which is held between the forum's nine smallest countries ahead of the leaders' summit.

There, a communique was released. It declared a climate crisis and called for an immediate end to coal; banks and financial institutions to divest from fossil fuels and an end to subsidies; and for the world's biggest emitters to restart contributions to the UN's Green Climate Fund, among other measures.

"It is strong language and we as leaders endorse it because we believe it is containing very, very important messages about climate change and the need for urgent action as soon as possible," Mr Sopoaga said.

Those messages are very much pointed at Australia, one of the world's largest coal exporters, whose government has just approved a massive coal mine in the state of Queensland and whose prime minister, who arrived in Tuvalu on Wednesday, once hugged a lump of coal in parliament.

Canberra has also withdrawn its contributions to the Green Climate Fund and has been using carryover credits from the Kyoto Protocol to meet its Paris Agreement targets, one of only two countries to do so, to the ire of the region's leaders. 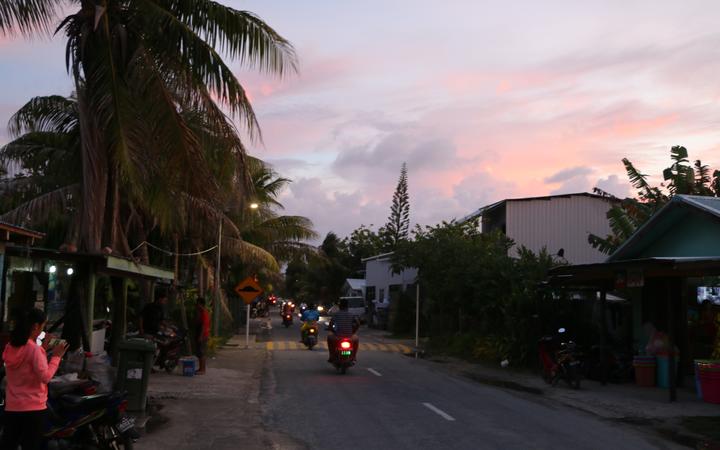 "Of course, we're discouraged and disappointed at the fact that Australia is still actively using coal and looks like something that is going to continue into the future," said Hilda Heine, the president of the Marshall Islands, another low-lying atoll state.

"That's not helping the issue of emissions; we know that they understand that," she said.

Fiji's Prime Minister, Frank Bainimarama, who is attending his first forum meeting in more than a decade, also marked his return to the forum in a speech in which he directly challenged Australia to do more to tackle climate change.

Sitting in Mr Bainimarama's line of sight, twiddling with his pen, was Australia's minister for international development and the Pacific, Alex Hawke.

"I want to thank Prime Minister Bainimarama for his words and his very kind encouragement of Australia to do more," said Mr Hawke at a news conference on Tuesday.

"Today Prime Minister [Scott] Morrison announced that Australia will do more for climate, we'll do more through our climate and oceans package.

"That package is $A500m, redirected from the existing aid budget, to fund renewable energy and climate adaptation in the region.

"We hear loud and clear that climate adaptation and climate resilience is of concern to the people in the Pacific, and Australia is responding," he said.

But that announcement fell flat with the small island states leaders, who said that while the funding is welcome, it doesn't address its concerns about Australia's contribution to emissions.

"No matter how much money you put on the table, it doesn't give you the excuse to not do the right thing, which is to cut down on your emissions, including not opening your coal mines," said Enele Sopoaga.

"That is the thing that we want to see." 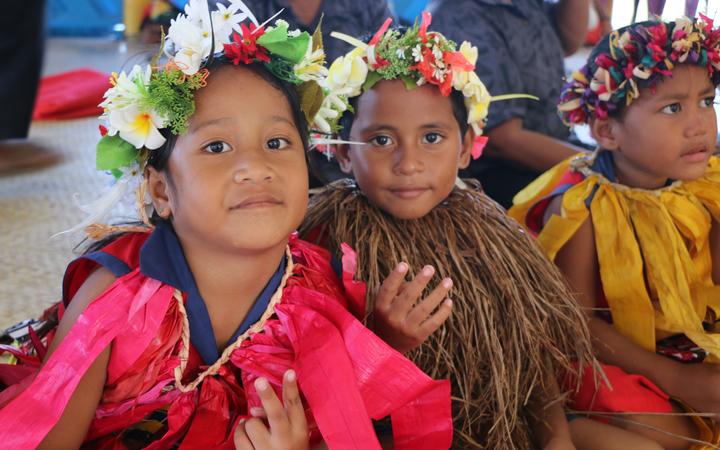 Australia is understood to have spent the last few days manoeuvring to have the communique's wording watered down from that of the small island states.

It is unlikely to endorse any kind of wording that urges a move away from coal, or to resume payments to the Green Climate Fund.

And that leaves the question of where the region's second biggest economy and emitter, New Zealand, will swing.

At a news conference near Tuvalu's lagoon, Prime Minister Jacinda Ardern stopped short of saying she will back the Pacific leaders' stance in Thursday's leaders' meeting.