An Australian senator has been asked to leave Papua New Guinea's Manus Island after visiting a refugee detention centre. 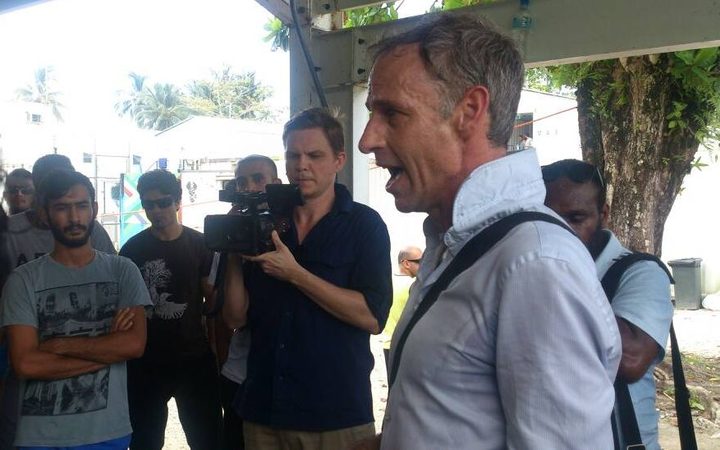 The senator is in PNG to mark the sixth anniversary since Australia reinstated offshore detention for asylum seekers arriving by boat. The East Lorengau camp is one of two facilities holding asylum seekers on Manus Island.

Mr Kantha said the senator was asked to leave Manus Island after trying to gain entry to the Lorengau detention centre without approval.

Mr McKim was travelling with journalist Behrouz Boochani, a refugee on Manus Island.

However, he said he only asked politely to enter the facility and complied with a refusal, only to be questioned by armed police.

"The Papua New Guinea Immigration Department took my passport from me and refused to give my passport back and said that in my previous visits I had misreported what has been happening on Manus Island," Mr McKim said.

He said he refused to leave until his passport was returned, which happened about 20 minutes later.

"What we are seeing here is what we've seen for the last six years. We've seen a veil of secrecy dropped over the treatment of refugees, not just here on Manus Island but in Port Moresby and also on Nauru. The Australian government is responsible for the treatment of these innocent people."

Mr McKim said he expected to receive the deportation notice later today and said he would comply with it.

He had planned to stay in PNG until Saturday, having arrived on a multiple entry 12-month visa.