Thirty-eight refugees detained on Papua New Guinea's Manus Island have been resettled in the United States, an advocate says. 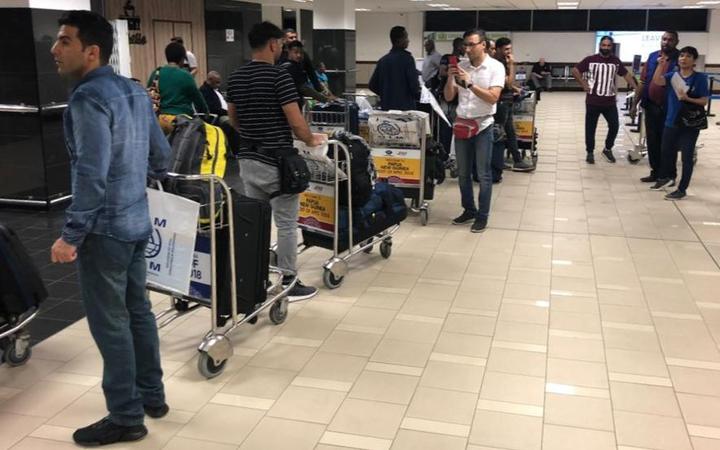 Ian Rintoul from the Refugee Action Coalition said the 38 flew out from Papua New Guinea in two groups, 15 on 26 June and 23 on 2 July.

They join about 200 others from Manus who have been resettled in various parts of America over the past two years.

In total about 580 refugees from Australian offshore detention on Manus and Nauru have now been transferred to the US, Mr Rintoul said.

Another 60 refugees are in Port Moresby waiting to go, he said.

The transfers are taking place under a deal with the US to resettle up to 1250 refugees from Australian offshore detention.

About 500 remain on Manus Island and 300 in Nauru, while about 1000 others held on the two islands are now detained in Australia, Mr Rintoul said.

But in June, the Australian government admitted the US deal would not be fully realised.

"The US deal was never going to provide enough places for the refugees Australia has held on Manus and Nauru. There are over 1800 refugees needing resettlement," Mr Rintoul said.

"The Coalition government has had six years to resettle the refugees. New Zealand's offer to take 150 a year was made to the Gillard government in 2013. The offer still stands but it is still being ignored," he said.

In 2017, the Australian government paid $US50 million to settle a claim of wrongful imprisonment brought to Victoria's Supreme Court on behalf of about 1300 Manus Island refugees.

Now its facing another compensation claim as a result of legal action in the PNG National Court.

Protests are planned on 20 July across Australia marking six years of offshore detention and the anniversary of the government's second edition of the so called Pacific Solution.

"The Australian government has been violating refugees' human rights in offshore detention for almost six years. It's time the government ended the persecution, and brought them to Australia to provide the protection they asked for in 2013," Mr Rintoul said.