A compensation deal from the Australian government worth $AU70 million for 1300 current and former detainees on Manus Island has been approved by Victoria's Supreme Court. 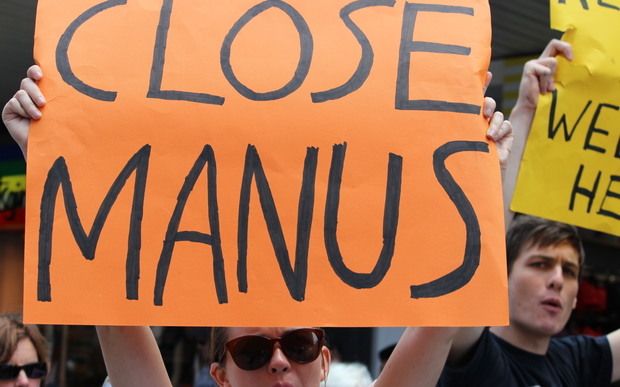 Refugee advocates protest in Manly against Australia's treatment of refugees on 22 February 2014. The centre is expected to be closed this year. Photo: AFP

The group of asylum seekers and refugees were compensated for being illegally detained between 2012 and 2016 with negligence in how the government housed and protected them.

The deal is the largest human rights settlement in Australian legal history.

The agreement was reached out of court in June just as a trial against the Commonwealth and security companies Transfield and G4S was due to start.

The group alleged the Commonwealth breached its duty of care by holding them in conditions that did not meet Australian standards.

During the period of their incarceration there was also a riot that resulted in the death of an asylum seeker and serious injuries to other detainees.

They also said they were falsely imprisoned after Papua New Guinea's Supreme Court ruled their detention was illegal.

While almost 2000 detainees are eligible for compensation, about 1300 have registered to be part of it.

The federal government wants to close the Manus Island centre by the end of October.