The controversial Australian company providing security at refugee camps on Manus Island says its strategy is to nationalise its workforce with Papua New Guineans. 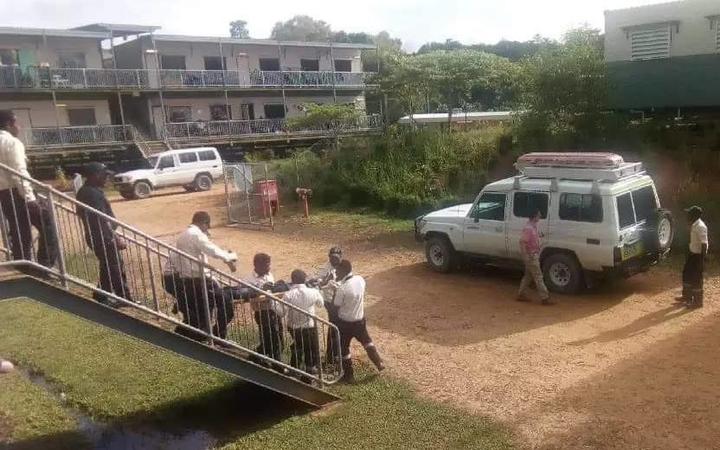 In a statement, Paladin said the number of expatriates it employed had more than halved in two years, and local staff were stepping into senior management and technical roles.

The statement follows a call from the PNG prime minister for Paladin's contract to be terminated because local companies could be doing its work.

Australia's Auditor-General is reviewing the $US300 million contract which was awarded without an open tender process.

However, the PNG and Australian governments have agreed to a limited extension of the contract which was due to expire at the end of the month.

Paladin said more than 98 percent of its staff in PNG were locals.

It only used expatriate staff for positions where local staff had not yet attained the required qualifications, it said.

But as a result of its training programme and internal promotion strategy, Paladin said it was on track to significantly increase local staff in senior positions.

Amid a mental health crisis on Manus, where more than 100 refugees detained there indefinitely by Australia have attempted suicide or self harmed since mid May, Paladin chief executive David Saul said the company operated in one of the most complex and challenging environments in the world.

"A key priority has been to train our local workforce to international safety and risk management standards and to promote them to senior roles within the organisation.

"Consistent with the Memorandum of Understanding signed by Paladin and local landowner group Peren in 2014, Paladin recently increased the shareholding of Peren in its joint venture entity Pomwan Paladin, so that it is now a fifty-fifty partnership."

"Paladin is about jobs and opportunities, and our partnership with Peren has ensured that our project has had a positive impact on the local community.

"We are acutely aware of the importance of building lasting and productive partnerships with customary local landowners in PNG and have, over many years, reinforced this commitment through our operating model."

"As a PNG company representing the local community here in Manus, we feel positive about Paladin's nationalisation strategy which has resulted in more locals being hired, trained and promoted within the group."