Tuvalu remains on high alert for dengue which has killed two children in the past three months. 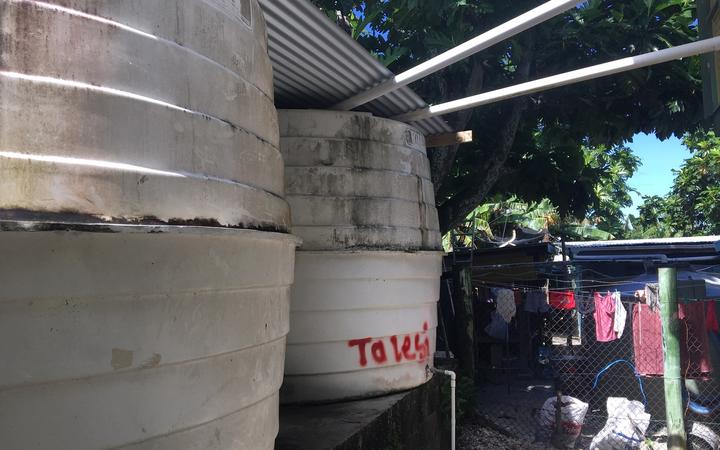 Water tanks on Funafuti are being treated with larvicide to control an outbreak of dengue. Photo: RNZ Pacific / Sally Round

An outbreak of the mosquito-borne disease was declared on 27 March and, with 600 extra people in the capital Funafuti next month for the Pacific Islands Forum, efforts are underway to stamp out the insects and their larvae.

Teams were spraying schools and other hotspots and water tanks were being treated for larvae, according to Clare Whelan, Health Planning and Management Advisor with Tuvalu's Ministry of Health.

"We're still on high alert even though the severity of cases and the number of cases has declined in the last few weeks, but we're still conscious of the fact that mosquitoes are still breeding," she said.

There had been only two mild cases in the past week, she said, with one boy recovering in hospital.

It was mostly children under the age of ten who had been sick, she said.

Ms Whelan said unseasonably high rainfall could be a contributing factor to the outbreak.

"We looked at some of the data from the met office and we've had the highest rainfall between the wet season and the dry season in 10 years," she said.

"We think that could be a contributing factor, but we're still doing a lot of analysis." 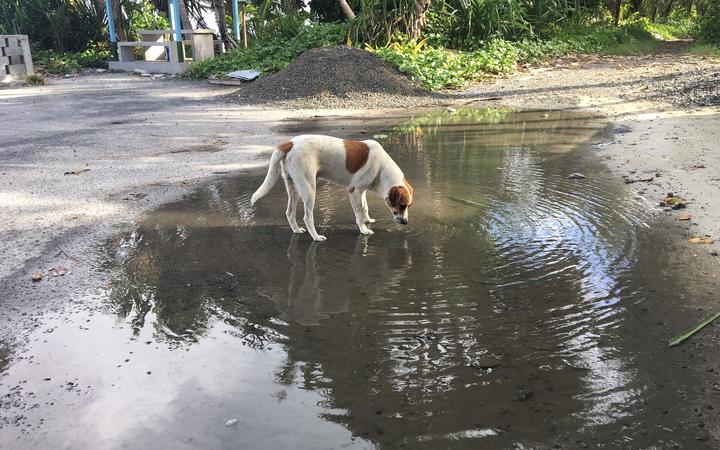 A dog drinks from a pool of water on Funafuti, Tuvalu where efforts are underway to control mosquito breeding sites in the fight against dengue. Photo: RNZ Pacific / Sally Round

Ms Whelan understood the last outbreak of dengue was in 2013.

Schools and other hotspots had been sprayed and longer-lasting residual spraying would be done when the chemicals arrived, according to Ms Whelan.

Larvicide was being placed in water tanks and people were being encouraged to clean up their yards.

A second entomologist from the World Health Organisation had arrived on the island, catching mosquitoes and training staff on vector control.

All hands were on deck over dengue before delegates to the Pacific Islands Forum arrived next month, Ms Whelan said.

The visitors will mean an approximate 10 percent increase in Funafuti's population.

"We want to obviously make the main island safe for its residents and its people first and foremost, but yes, we also want to make sure we don't have a major outbreak when we have 600 additional people from all over, here for a week in August."

Visitors are given dengue fact sheets when they arrive at the airport, but some foreign contractors spoken to by RNZ Pacific who had arrived to work on the Pacific Islands Forum building last week were unaware of the outbreak and unprepared to guard against the illness. 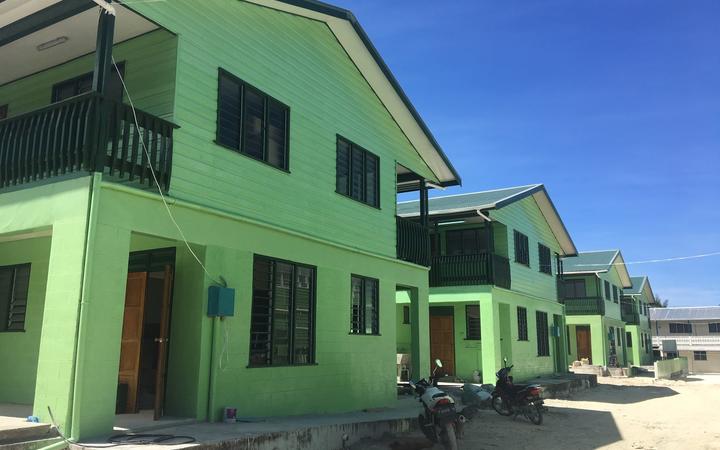 Funafuti’s population is set to increase by about 10 percent during the Pacific Islands Forum next month. A building boom is underway. Photo: RNZ Pacific / Sally Round

Sally Round travelled to Tuvalu as a recipient of a New Zealand Ministry of Foreign Affairs and Trade Pacific Journalism Grant.