Tahiti and New Caledonia have won the first gold medals of this year's Pacific Games, with Rahiti De Vos and Charlotte Robin taking out the men's and women's open water swimming events. 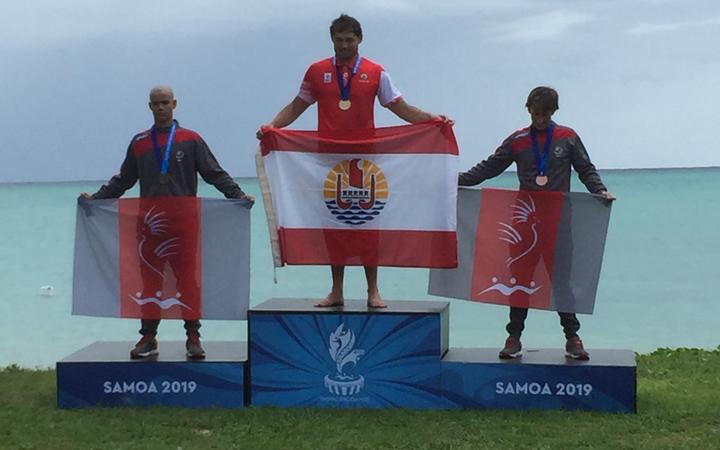 The 23-year-old De Vos touched home first in the men's 5000m ahead of New Caledonia's Hugo Savignac and Benoit Riviere.

He doesn't usually compete in open water but said he enjoyed it and it felt great to win the first medal of the 2019 Games.

"I think it was us three the whole time until the end and I didn't think too much at the end, I just pushed all out to the finish. I knew before the race when I swam to warm up I looked at the beach from the buoy there and I knew I had to look at the big tree here and follow."

Charlotte Robin defended the women's title she won in Port Moresby four years ago and has now won three open water gold medals from the Pacific Games dating back to 2003. 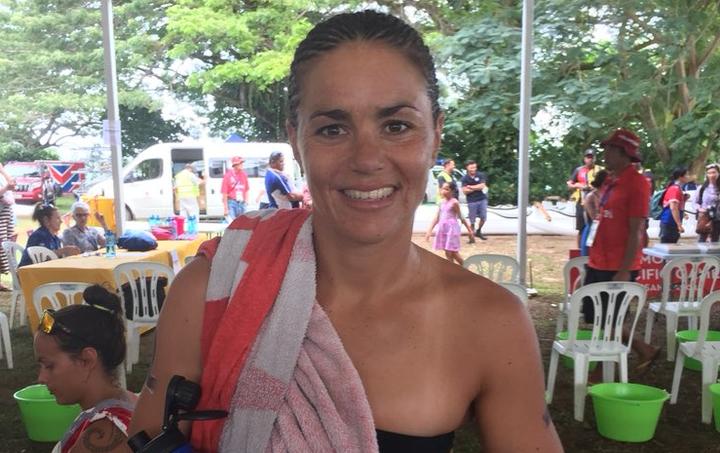 The 33-year-old, who is also the defending women's triathlon champion, said despite a late night at the Games Opening Ceremony she felt good throughout the race and enjoyed the wavy conditions.

"I'm very proud and I was the flag-bearer, so all the team can follow me now...it was a long night yesterday but I feel good this morning and I can sleep well so it's ok."

Meanwhile, hosts Samoa finished just shy of opening their medal tally with a fourth-place finish in both the men's and women's events. 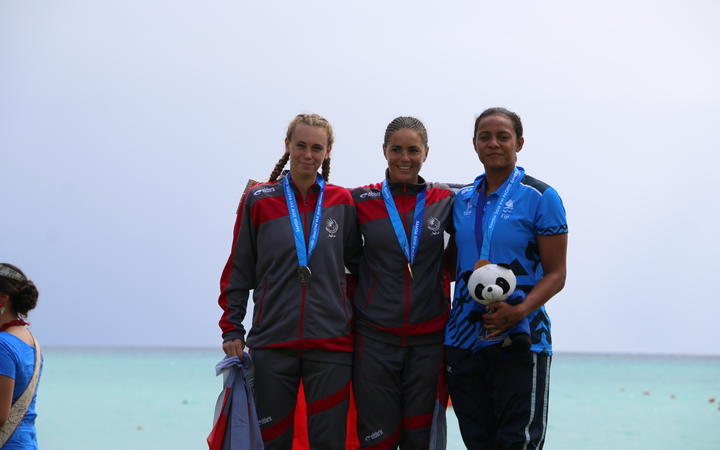