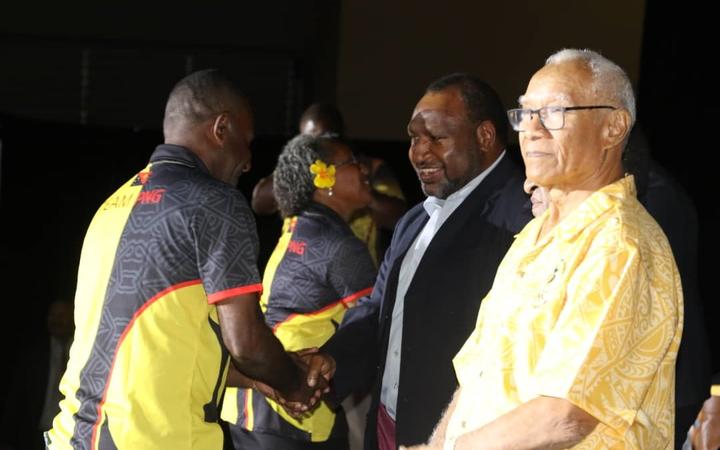 Team PNG have set out to win it all at the Pacific games in Samoa next week.

The 2015 hosts and defending champions are sending 363 athletes to Apia where the opening ceremony will be held tomorrow. (Sunday)

Chef de mission Emma Waiwai, said PNG will be participating in all events except for women's volleyball, men's va'a and mens rugby sevens.

Speaking to athletes in Port Moresby before their departure Ms Waiwai urged athletes to believe in themselves and do their best for their country, she said their win in 2015 was no fluke.

"You have been training, adapting learning and preparing for this moment. Enjoy every moment, create the networks and forge lasting relationships. We go as one team, one dream to create history as foreign soil," she said.

New Caledonia have dominated the medals table twelve out of the fifteen Pacific Games, Papua New Guinea with two, and Fiji with one.