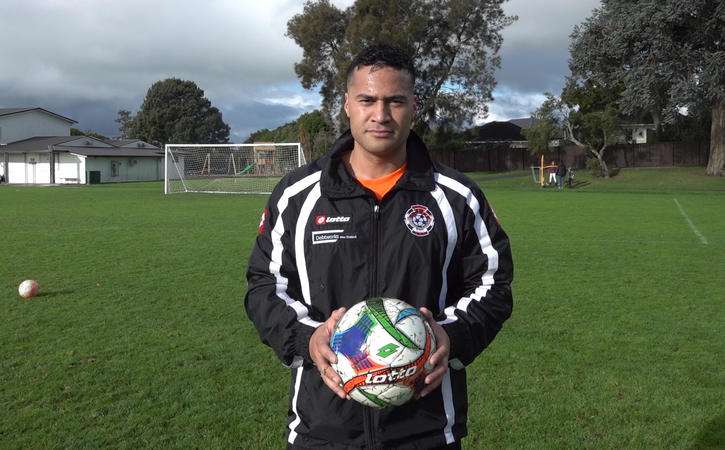 The 16th edition of the Pacific Games officially opens today in Apia, with about 3,500 athletes from across the region expected to compete in 26 sports over the next fortnight.

"If I was approached by another country I don't think I could accept it as my heart is in Tuvalu's hand at the moment, and that's where I wish to pursue the rest of my career," Malosi Alefaio, representing Tuvalu at the Pacific Games in Samoa in soccer.

Tauraki Rongo: While climate change is one thing that links Tuvalu to the rest of the World and paints a sad picture about this small country in the middle of the Pacific Ocean, Malosi Alefaio a New Zealand born Tuvaluan has other ideas for his nation and his people.

Malosi Alefaio: Over the years Tuvalu havs tried to become a FIFA member, and I think the last 10 years have been unsuccessful, and I hope that players in my calibre and players from Tuvalu that are from outside of the Tuvalu can help, I guess bring the name up and get that exposure on the international level.

Tauraki Rongo: Growing up with two older brothers who played soccer was how Malosi developed the passion for the game. He basically tagged along with them to their games and training before he started playing at the age of nine.

Malosi Alefaio: 13 years old was my first year playing representative side. So I played for Northern football federation which represents the top of Auckland all the way up to the top of New Zealand. So I played that from age 13, 14, 15, and then 17 I joined the Waitakere United Youth team which is the national age group competition in New Zealand.

Tauraki Rongo: While the dream has always been to play professionally, the pathway has changed for him. Now he has a young family to support and he takes the responsibility quite serious.

Malosi Alefaio: You gotta support the family first and works the most important and that provides food. So yeah work definitely took over. I hope to still one day pursue a professional career.

Tauraki Rongo: Malosi only knows the basics of his heritage but that's enough to give him that confidence and pride to play for a country that he's never set foot on but one he can call his own.

Malosi Alefaio: It means the World, I've had the opportunity before to represent New Zealand when I was 17, but this definitely trumps it because it represents my family it represents where I come from especially the local community.

Tauraki Rongo: Going into the games he anticipates challenges but nothing he can't handle

Malosi Alefaio: I think it will be mixed emotions because I think, for them I wasn't born in Tuvalu, and coming in as an outside player they might think I might be a bit palagi and my Tuvaluan language is not the greatest. I do know the basics so I think its just in terms of building relationships it will be quiet difficult language wise and just our background upbringing will probably be a bit different but I know we have the same common goal which is playing for the Tuvaluan team, I'm pretty sure that would bring us together. If I was approached by another country I don't think I could accept it as my heart is in Tuvalu's hand at the moment and that's where I wish to pursue the rest of my career. I definitely think well surprise a few teams this year.