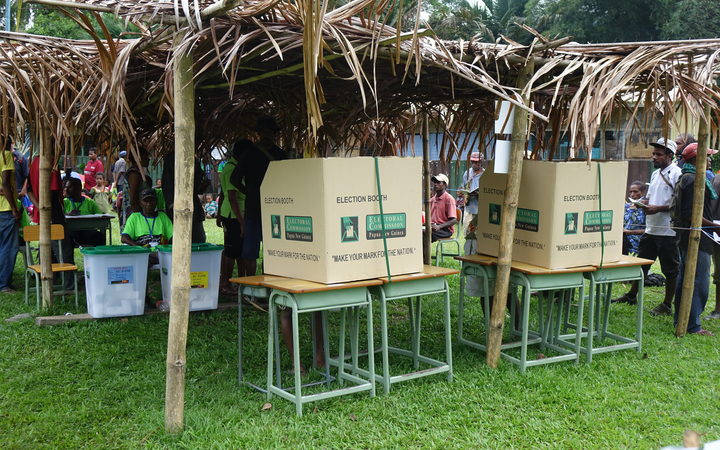 James Marape was responding to questions in parliament about the LLG polls which are scheduled for this month.

The elections have repeatedly been delayed since the original scheduled date of mid-2017.

Mr Bird also asked for clarity on how much funding the government has provided.

Mr Marape said only a third of the budgeted funding for the elections of 29-million US dollars has so far been allocated.

But he urged MPs to assist in ensuring elections proceed smoothly in their constituency.

"If money is not your contribution, then I ask you to contribute in the space of providing leadership in the respective wards, respective LLGs, respective districts, respective provinces, so that some sense of peace and calm can prevail as our citizens go out to vote for their local level government leaders. That's the least we can do."

Mr Marape said the elections cannot be deferred any longer. However, he said it was better late than never. Usually LLG elections run concurrently with PNG's five-yearly general elections which last were held in mid-2017

The prime minister revealed his government is considering starting the five-level cycle again, so that it begins this year in the middle of the general election cycle.

He sounded an optimistic note about the LLG elections, saying that based on recent elections, only ten percent of the elections have officially failed.

Mr Marape said MPs should work with their constituents to ensure a peaceful election in their district.

The 2017 general election was marred by violence in many parts of the country.