More than a thousand people in the Northern Marianas have breathed a sigh of relief after President Donald Trump yesterday signed a bill allowing them to live permanently in the territory. 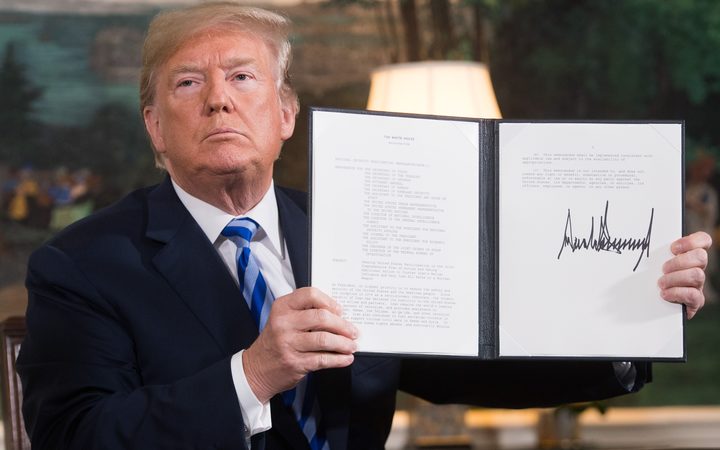 In this file photo taken in May 2018 US President Donald Trump signs a document reinstating sanctions against Iran Photo: AFP

Those who qualified for CNMI-only permanent residency included 800 spouses and parents of American citizens.

They are among 1039 people who, as of December last year, have been living in the CNMI under humanitarian parole.

Others who may qualify include live-in caregivers, people born in the Marianas before Covenant citizenship provisions came into effect and people given permanent residency under Commonwealth law in the early 1980s.

All would have been forced to leave their homes in the CNMI at the end of this month if the bill had not been signed into law.

The legislator who authored the bill, Gregorio Kilili Sablan, thanked Mr Trump and Democrats and Republicans in both the US House of Representatives and Senate for the law's passage.

The Governor Ralph Torres also thanked Mr Trump for taking time to listen to the CNMI's concerns about protecting the local economy and the many families who call the Marianas home.