Manus Island refugees could escape Papua New Guinea once they're awarded compensation by its courts, their lawyer says. 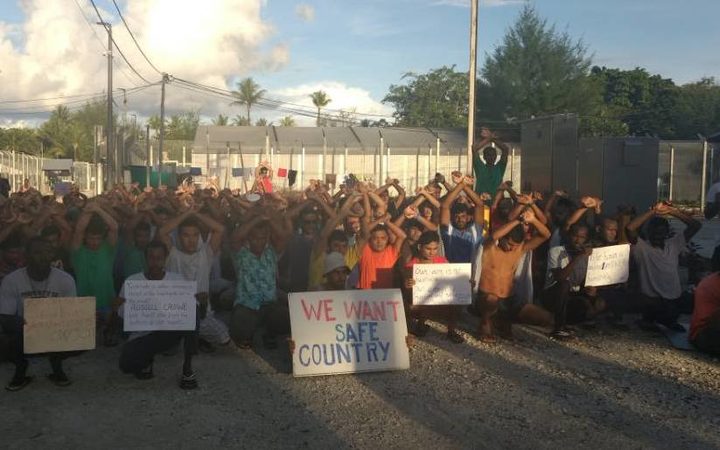 But Ben Lomai said there was also a chance they could end up in Nauru.

The PNG Supreme court ruled in 2016 the refugees were wrongfully imprisoned and Dr Lomai said the judiciary would have to award damages that could run into hundreds of millions of dollars.

The lawyer has filed proceedings in the National Court for compensation from the PNG state through 645 writs of summons signed by refugees currently and formerly detained on Manus by Australia.

"We then filed 20 applications for summary judgment, to say that, 'look, the state has got no defence and so we want judgment to be entered on liability and have the matter referred for assessment of damages and compensation'.

"So we appeared before Justice David Cannings on the 28th of May. And Justice Cannings heard the preliminary issues on the matters and he said we'll adjourn to the 27th of June."

For years, Dr Lomai has been pressing the courts to award compensation. Lawyers for the government previously stymied his efforts through technicalities but now he's confident resistance will subside.

"The only issue when it comes to assessment would be a formula as to how much they will be paid," Dr Lomai said.

"We are looking at case laws that have already decided on how much to be paid to an applicant when his constitutional rights has been breached.

"Most cases have settled on 300 (kina) per day that's 200 compensation and 100 exemplary. But we have claimed more than a million in the writ of summons so that's a matter which I think the parties will have to argue before the court."

While the defendant is the PNG government, Dr Lomai said it was Australia who would be liable.

"We are relying on the MOU signed between Papua New Guinea government and Australian government that any costs, including legal costs, will be met by the Australian Government. So that's a matter which we will explore once the court orders are granted."

In 2017, the Australian government reached a $US50 million settlement with Manus Island refugees seeking damages for false imprisonment through the Supreme Court of Victoria.

Dr Lomai speculated that another huge bill for compensation could prompt the Australian government to move 550 refugees still in PNG to Nauru.

"We are hoping that once the order for compensation is made... there might be a change of position with both the PNG government and the Australian government because if they are now going to pay millions of kina to these guys, they say, 'look, let's just move these guys out quickly'... to maybe Nauru or to some other third countries."

About 350 refugees remain in Nauru, Australia's other Pacific base for offshore detention where judicial integrity is questionable.

But with money in the bank, the Manus refugees could instead be left to make their own way out of PNG, where they have been banished for the last six years.

"If they have money and say, 'look, we decided to leave now to the other countries', maybe the PNG Immigration might just simply give them travel documents to leave," Dr Lomai said.

"With this new government we don't know where their positions are in relation to the current issues involving the asylum seekers and refugees on Manus Island. But we are hoping that they should be more positive in solving these issues and we can get this resolved as soon as we can."