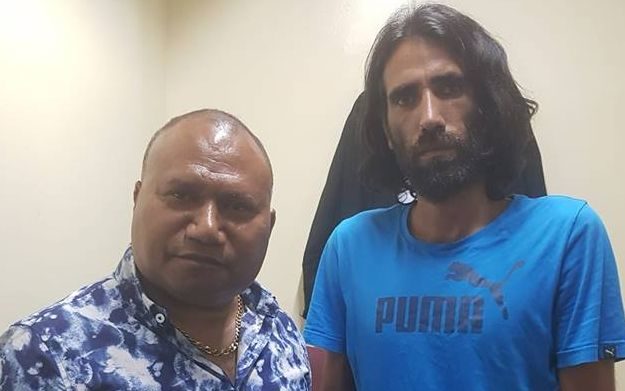 Their lawyer has reactivated an application for their release and issuance with travel documents to depart the country.

The court ruled in 2016 that the refugees' detention was unconstitutional but three years later they're still unable to leave the island without permission.

While men given refugee status are allowed out of their detention centres during the day, a 6pm to 6am curfew imposed last year continues.

About 600 men remain in indefinite detention on Manus where they were sent by Australia in 2013 through an agreement with PNG.

Their lawyer Ben Lomai said that after the Supreme Court ruled in October 2018 that the question of financial damages for unlawful detention had to be considered by the National Court, he reactivated the application.

"The basis upon which we made this application was that their continued and indefinite detention on Manus Island was unconstitutional," Dr Lomai said.

"So based on that, the government of Papua New Guinea should issue travel documents to the asylum seekers so that they can be able to move freely within the country and outside of the country."

After the 2016 ruling, the lawyer said he was confident the court could make a decision that affected a political agreement.

"Political arrangements are subject to the rule of law, constitutional requirements and other legislation such as immigration law," Dr Lomai said.

The Supreme Court is expected to issue a direction this week for the application to be heard, possibly in April, he said.

The applicant is the Manus refugee and award-winning journalist Behrouz Boochani.