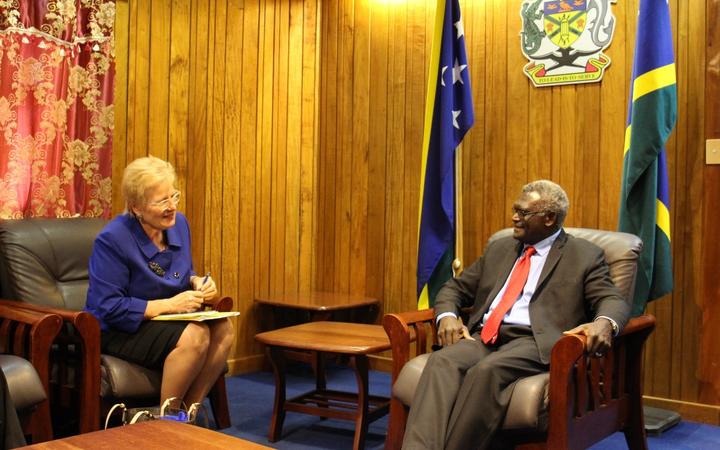 Catherine Ebert-Gray is based in Papua New Guinea but is also ambassador to Vanuatu and Solomon Islands.

Ms Ebert-Gray's visit was described by the prime minister's office as part of US efforts to strengthen ties with the Solomons and its other allies.