New Zealand Deputy Prime Minister Winston Peters is completing his second Pacific visit of the year in Vanuatu today, as the government looks to increase efforts to engage in the region through their so-called "Pacific Reset." 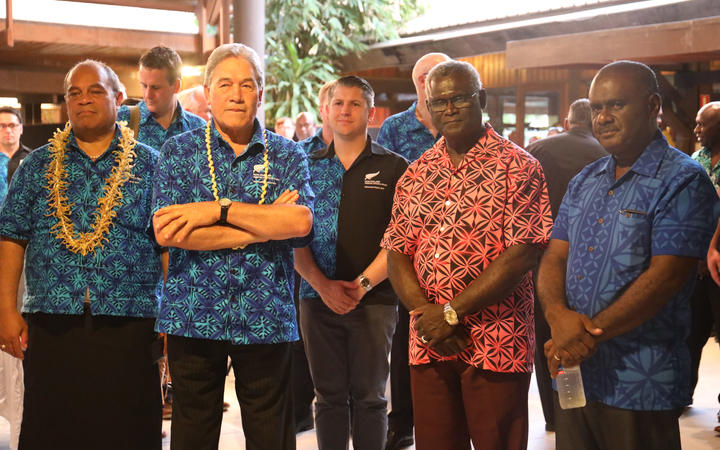 Mr Peters met with the governments of Solomon Islands and Vanuatu, just a few months after travelling through Fiji, Kiribati and Tuvalu.

Mr Peters' trips are part of the Pacific Reset which the government said was about building deeper relationships with island nations through more frequent visits, and engagements involving ministers and parliamentarians with Pacific links.

New Zealand's Minister for Pacific Peoples Aupito William Sio and MPs Poto Williams, Agnes Loheni and Anahila Kanongata'a Suisuiki were just some of the more than 50 strong delegation of Pasifika leaders and business people that participated in this week's trip.

A cabinet paper released this week said the move came as strategic competition in the region had become more apparent.

The United States has been warning of the threat an increasing Chinese influence in the region might have.

The New Zealand Government is making Pacific issues a priority focus of their bilateral meetings with Australia this year as it looks to increase policy and operational co-ordination.