Fiji have finished bottom of their pool at the World Rugby Under 20 Championship after a 44-28 defeat by Wales consigned them to a third straight loss.

The Baby Flying Fijians went behind to a fifth minute try from a lineout drive but briefly hit the front moments later when centre Ilaisa Droasese burst through the Welsh defensive line to get on the end of a deft grubber kick from first five Simione Kuruvoli and sprinted almost 40 metres before setting second rower Taniela Ramasibana away for a length of the field try.

The lead lasted all of three minutes before Wales scored their second five pointer of the match from a quick tap before captain Taniela Soqonawasaloa responded in kind for Fiji, slicing through the Welsh defence and leaving four tacklers in his wake on the way to line, with Kuruvoli adding the extras to give the Melanesian side a 14-12 lead approaching the midway point of the first half.

Fiji maintained their lead for quarter of an hour until number eight Eparama Sailo was sent to the sin bin, with Wales adding a quick-fire ten points to lead 22-14 at the interval. 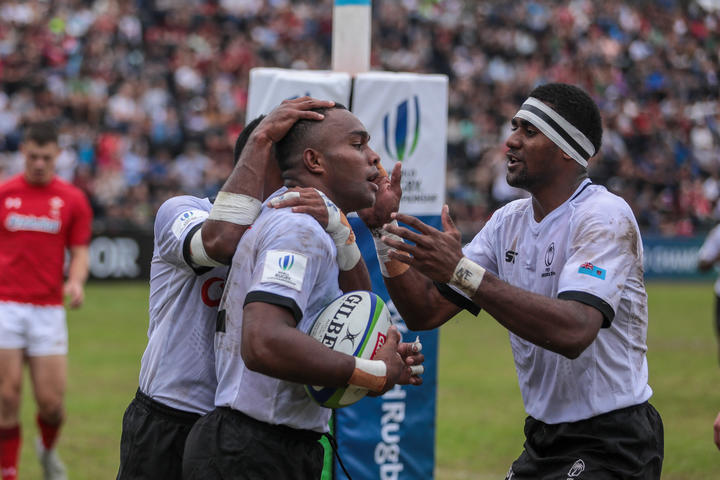 A converted try from flying winger Kaminieli Rasaku cut the deficit to one point with just over half an hour remaining but Fiji were once again reduced to 14 men when replacement prop Elijah Kuilamu was shown a yellow card.

Wales scored immediately to resestablish an eight-point buffer only for Rasaku to score his second of the match within 60 seconds of the restart to keep his side within striking distance in the final 20 minutes.

However, two Welsh tries in the space of four minutes put the result beyond doubt before first five Cal Evans slotted his second penalty goal in the dying seconds of the match.

"I want to thank the boys for the hard work given today. We really give all our best. We came out good in the first half and the last 20 minutes we kind of slipped down," he said.

"We done better from our last previous game for this game today against Wales and we're looking forward for our next game coming up." 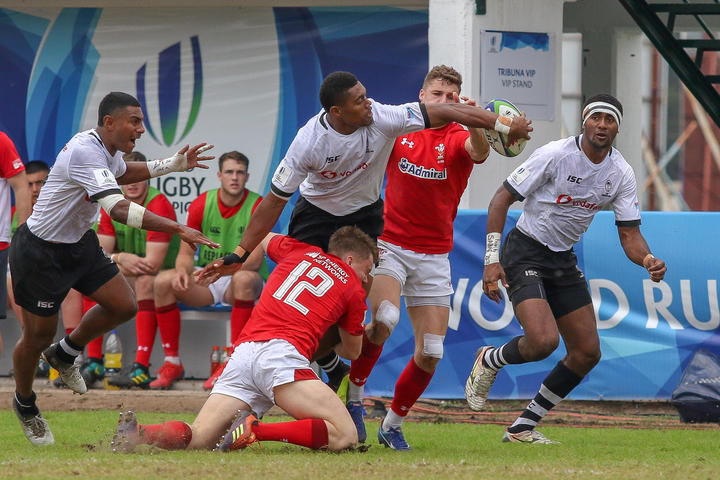 Next up is Georgia on Tuesday morning where another loss would put them into a relegation playoff against either Scotland or Italy.

Meanwhile, Hosts Argentina finished as top qualifiers from Pool A after thrashing defending champions France 47-26 in the other final round clash to set up a semi final showdown against Pool B winners Australia.

France sneaked into the final four as the best second place finisher and will take on Pool C winners South Africa, who beat New Zealand 25-17.