A Pasifika and LGBTQI community advocate says more work is needed to secure rights and support for minority communities in New Zealand.

Phylesha Brown-Acton's work to secure rights and support for minority groups has also helped to raise the profile of transgender communities in New Zealand.

The director of F'ine Pacifica Aotearoa has been recognised in this year's Queen's Birthday Honours. 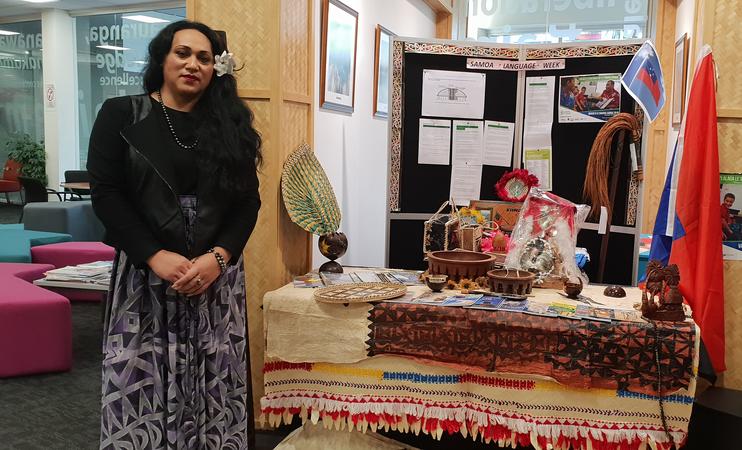 Phelysha Brown-Acton is being recognised for her services to Pacific and LGBTQI communities. Photo: Christine Rovoi

Ms Brown-Acton, who originally hails from Niue, received the New Zealand Order of Merit for services to Pacific and LGBTQI peoples.

She said it has been a long journey and there's still more work to be done for Pacific and LGBTQI communities.

"A lot of my work was around bridging because I could see that there was nothing in the Pacific.

"So it wasn't about just doing it for us here in the Aotearoa context, in a Samoan specific way, in a Tongan way or Niuean way.

"It was ensuring that we weren't forgetting about our brothers and sisters in the Pacific."

Ms Brown-Acton's story goes back to growing up as a child in Niue.

She said she struggled as a young person and was bullied in school and was isolated, not just from students but also from the teachers.

She said her journey also centred around an abusive father, wrestling with alcoholism, who almost put her mother "in a coffin twice".

"So being a young person and seeing that. I'm having to be resilient through those hardships and struggles - to see my mother pick herself up constantly every time that she was knocked down.

There were also other inspirations for her to take up the fight for the rights of minorities.

"Being a cultural entertainer, where I was one of a few transwomen who danced with male and female-dominated dance groups. I travelled throughout the world," Ms Brown-Acton said.

"And people kept saying, 'you've got something to offer the community, you've got the voice and the courage and the strength to be able to stand up and say what's impacting the community'," she said.

While many people have encouraged and inspired Ms Brown-Acton and she describes her mother as "a rock in her life", no one stands out more than her grandmother.

"She would always say to me when I was young to always sit at the feet of people.

Because you learn with an open mind and an open heart. But once you sit at the heads of people, you shut yourself off to all of that.

"And it's always rung strong in my thinking, my planning, the way I treat people. But it hasn't been easy."

Ms Brown-Acton said there is a "dog-eat-dog scenario" within the voluntary sector.

"The public sector is saying this is what's going to happen with the budget. Everybody changes and shifts and everyone starts to compete."

This meant she had to be wary sometimes.

"I can spot a shark a mile away - it's an indigenous thing. If you're sitting on a canoe on the horizons of the water - when waves tip over the waves and you see something like a fin in the water, you know, it's not a wave."

Ms Brown-Acton said both funding and strategy could present challenges.

"I'm on the Auckland Pride Board and that caused huge drama - result of particular parts of the community majority being either middle-class or business-minded people.

"The Prime Minister said pride is about being inclusive, but you can't practice inclusiveness if you haven't asked the question whose missing?

"Why is it not working for these people?"

Phelysha Brown-Acton says most of her work is around bridging not only in NZ but in the Pacific Photo: Christine Rovoi

Because of this Ms Brown-Acton had done most of her work outside of the scope of that which she was actually employed to do.

"I refuse to work in a space that constantly just ticks the boxes. I operate on the basis that I'm listening to what people's issues are, what their needs are, and that we are looking at what the plan looks like from one point to the next.

Ms Brown-Acton also worked with the HIV Aids movement in the Pacific - getting 30 people from the region to participate in the Love Life Fono in New Zealand.

"It was important to bridge those communication lines and foster the relationship to build the leadership."

She said the Pasifika community started to see gay men passing as a result of the HIV-Aids epidemic of the 1980s.

However, she did her best to arrest the tide of the virus.

"Because there was no social media back then - there was a poster which was titled Navigate Like Our Ancestors which was an awareness HIV AIDS condom promotion campaign.

"It was me in the water holding hands with a Cook islander - we were dressed in Cook Island outfits surrounded by Samoan, Tongan male warriors standing in the water.

"And that publication of New Zealand AIDS Foundation was for me the kind of platform where the community drew on me to say, we need more of this, we need to keep advocating."

Ms Brown-Acton said over the past 25 years, they have been some fantastic milestones, some beautiful relationships and some amazing people who have passed on.

But despite the memories there were some ugly times too.

"This award, this acknowledgement of the work - there's a part of me that says to myself that I want to throw it in the face of many of those people that said to my mother that I was an embarrassment to the family because of being transgender or people within our church that said I was a disgrace to the village," Ms Brown-Acton said.

"I think about the people who have written nasty things about me as a result of me advocating for change." 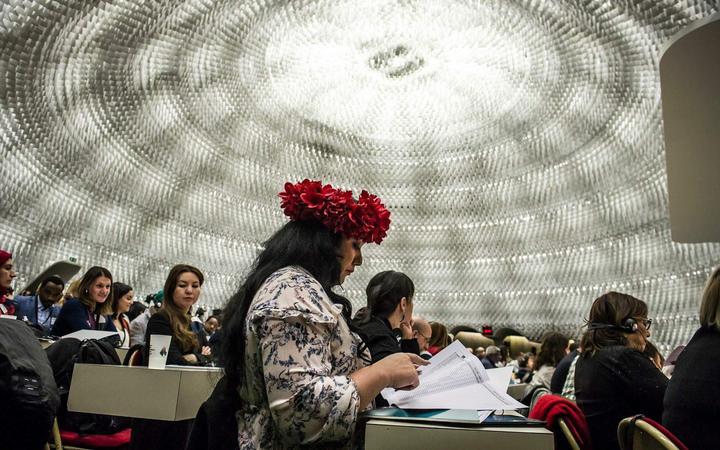 Phelysha Brown-Acton takes her message of support for minority groups to the world. Photo: Supplied

But then she reflects on the award and how far the transgender community have come - that they have a vision and a voice today.

"But there is more work to be done."