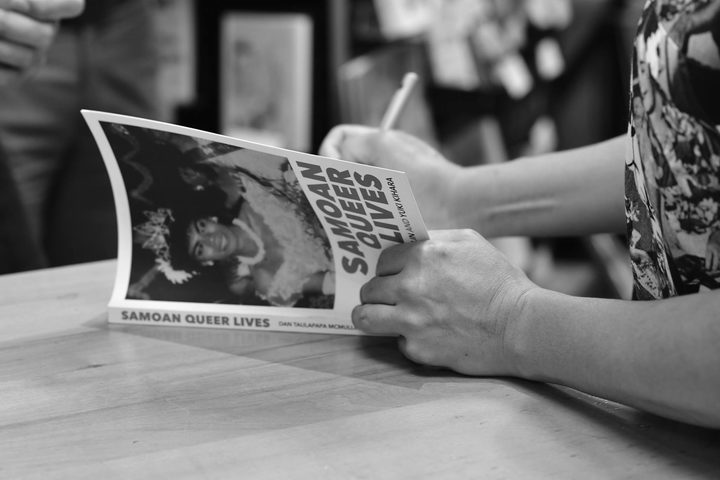 Samoan Queer Lives is a collection of personal stories from 14 fa'afafine, transgender and queer writers.

Rather than accounts from academics or other observers the book shares first-hand accounts of lives lived.

The co-editors, Yuki Kihara and Dan Taulapapa McMullin, spent 11 years collating what is a social history of Samoa's diverse queer community both at home and among the diaspora.

Samoan Queer Lives captures the voices of one of the original continuous indigenous queer cultures of Polynesia and the Pacific Islands, one that colonisation and Christianity were unable to suppress, according to its publisher Tony Morrow from Little Island Press.

He said, at the launch, it's a book that will expand readers' horizons.

"Our remit is to provide connection between peoples of different communities, to provide understanding and to support diversity," he said.

"So, our expectation is, and as you can see here tonight that a wide range of community representatives are present, and they will appreciate the stories in this book as they're very human stories."

Yuki Kihara flew in from Apia for the launch, however, her co-editor was unable to make the journey from New York.

"On behalf of Dan Taulapapa McMullin and myself, Yuki Kihara, the co-editor of Samoan Queer Lives, I am overwhelmed," she said.

Ms Kihara spoke of the logistics of co-ordinating a publication with contributors in seven different parts of the world and editors 12,000 kilometres apart.

"Believe it or not, there were actually more than 14 people that actually contributed their chapter that Dan and I actually had to decline," she said.

"So when people think that all fa'afafine lead interesting lives, actually they don't." 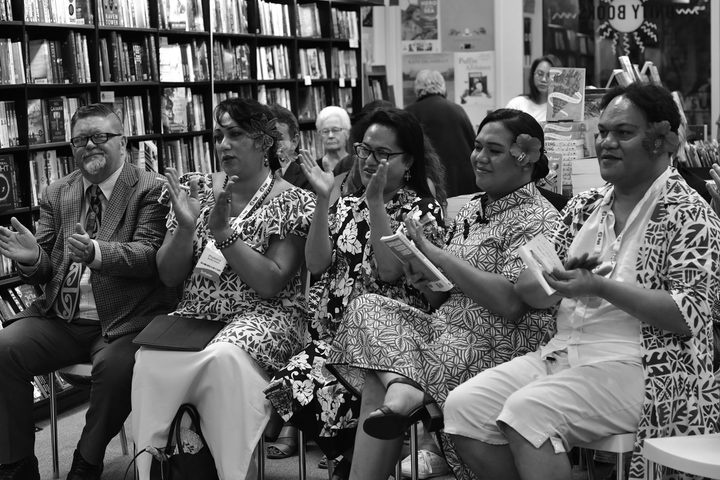 Ms Kihara thanked and congratulated contributors for their openness and honesty.

"When I received their transcripts, it was like, raw. It was like, as if they were in front of me telling me their story, and that's exactly what I wanted."

Samoan Queer Lives significance was highlighted by the head of the New Zealand Pasifika LGBTQI health provider F'INE, Phylesha Brown-Acton, who is a member of Aotearoa's Fakafifine Niuean community.

"It's not just a book that can sit pretty on a shelf.

"It is something that we as activists can use in our movement to be able to progress issues that are still currently pending within the Pacific region, related to decriminalisation on homosexuality, related to access to health, related to rights and issues around rights," she said.

It examines issues of past and present but will remain pivotal in the future, Ms Brown-Acton said.

One of the contributors, the president of Samoa's Fa'afafine Association, Alex Su'a, wrote of her own struggles growing up.

"I was a victim of bullying at school and I was a defenceless person," she said.

"My story is vastly different from my other colleagues who are staunch-broad-shouldered fa'afafine, and they can never mess with them. I wasn't."

She said she put her head down and studied hard and is now a lawyer who provides legal services for the community in Samoa.

American Samoa's fa'afafine association the SOFIAS' Mikaela Saelua read out the contribution of one of their members - Shevon Matai, who has since died.

"And I thank that man for preparing me. I never, never thought that his strictness and all this treatment that I always saw as a negative would prepare me to live the toughness of a life of a fa'afafine in a heterosexual community. I can say that dad well prepared me to live life."

It speaks to the universality of challenges of those in the community - particularly with their fathers, Ms Saelua said. 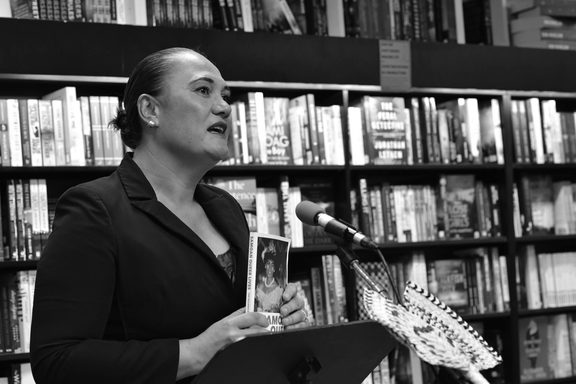 The importance of young Pacific people having literature that reflects their lives was highlighted by New Zealand's associate minister of Culture and Heritage and of Pacific People's, Carmel Sepuloni.

"It also serves as something that other Pacific people who may have children can turn to and reflect on with regards to how we as parents are with our children," she said.

"And how we support our children to be who they are and give them that sense of security and confidence from a really young age," Ms Sepuloni said.

In a time when New Zealand had experienced hatred of the most extreme kind, focused on another minority, Carmel Sepuloni said Samoan Queer Lives served as an instrument of understanding and connection which can bring communities together.