Contempt of court charges relating to the bestowal of Samoa's paramount Malietoa title last year have been dismissed. 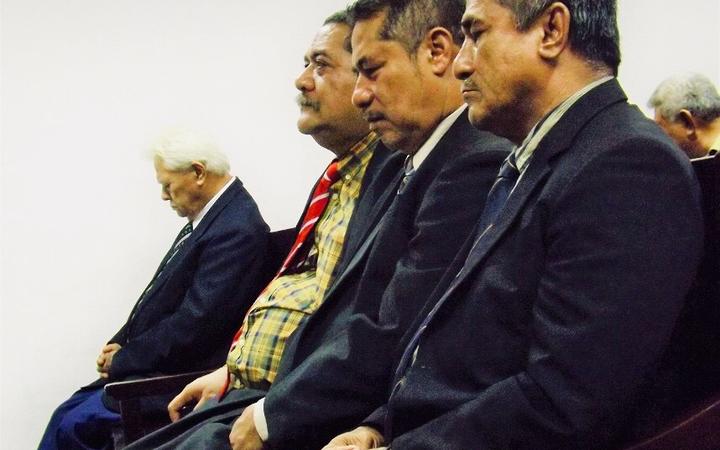 Village matai from Malie before charges against them were dismissed Photo: Autagavaia Tipi Autagavaia / RNZ Pacific

Sixteen village chiefs from Malie had been charged with contempt of court after bestowing the title while an interim order to halt proceedings was in effect.

However in court last week, the presiding judge Alalatoa Rosella Papali'i found no party had filed an application against the December 2017 decision of the Lands and Titles Court to confirm Fa'amausili Moli as the new Malietoa.

Justice Alalatoa agreed with the defence that the interim order, issued by a senior court registrar, was an abuse of power.

She ordered a stay of proceedings against the 16 matai and tulafale, and dismissed the charges of contempt.