Winger Bland Abavu, who was sin-binned in last weekend's home defeat by Wynnum-Manly Seagulls, has been shown the door after consistently failing to attend training and meetings, while lock Junior Rop turned up drunk. 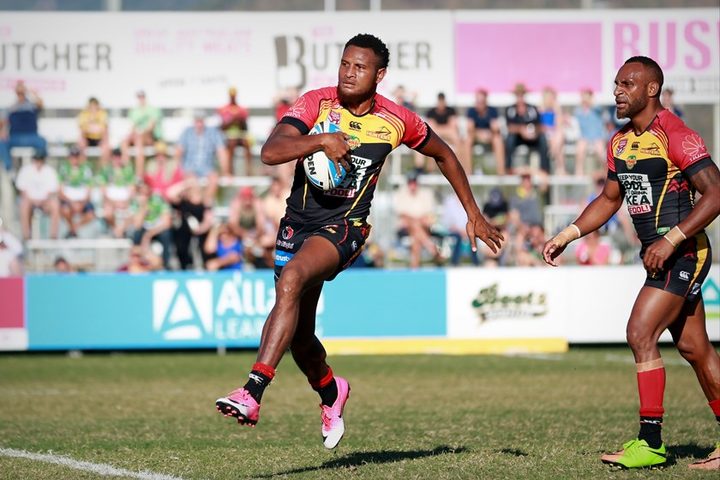 Bland Abavu returned to the Hunters in 2019 after a one year absence. Photo: QRL Media

Rop had already been in hot water with club officials - he was one of three players fined and stood down for one match in March after going out drinking and failing to attend a recovery session.

Another member of that trio, fullback Joe Joshua, and winger Joe Frank had their contracts torn up at the start of this month for similar offences and coach Michael Marum said the latest behaviour is not good enough.

"Bland just turning up late for sessions, meetings, recovery so that's just not accepted," he said. "We've spoken to him a few times already. I understand he's been attending classes too but there's a couple of other boys also attending school but they still turn up on time. We just sent him home and made sure he gets his head right and we can get him back in."

"Junior Rop failed an alcohol test again. That's a second offence and at the moment we're not doing so well so we can't allow that sort of behaviour or ill discipline in the camp," Marum explained.

"He'll go back and play with the Tigers again so it's sad to see him go but I've spoken to him. Hopefully that's the right thing and we can always recall those players back in if we need to." 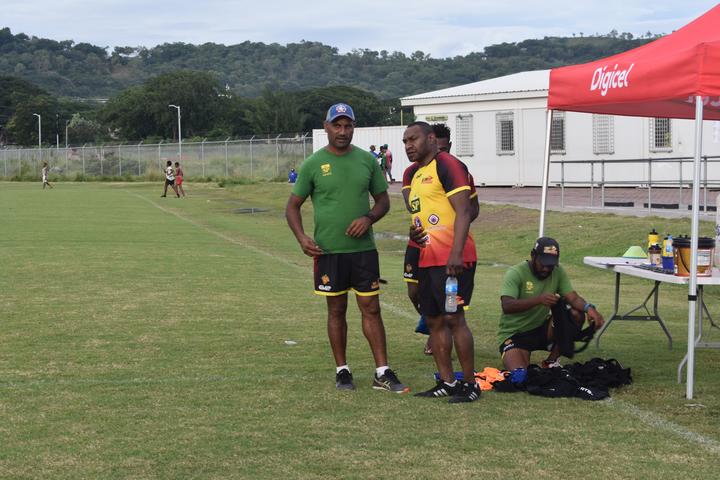 Former PNG Kumuls legend Stanley Gene was also present in the Hunters camp this week and was invited to talk to the players and share his experiences.

"He's out here for only two weeks so we allowed him to come in and have a look around and see what we do. He's got some ideas that we're bouncing off each other, which is good," Marum said.

"We always appreciate the support from those other former Kumuls. They understand now what we're going through, they've played the game before and it's good to see them back in and these boys they listen to them too, they look up to them."

The PNG Hunters have managed just one win from ten games this season and host Souths Logan Magpies, who are just one place above them in the overall standings, in Port Moresby on Sunday.

Experienced duo Adex Wera and Ase Boas are in doubt after picking up groin and elbow injuries and have been named on the extended bench alongside Gulf Isou newcomer Smith Siviri.

Terry Wapi will replace Wera at fullback on his Intrust Super Cup debut after impressing for the Rabaul Agmark Gurias in the Digicel Cup domestic competition, while Nick Hasu comes in for Boas to partner Justin Yoka in the halves. 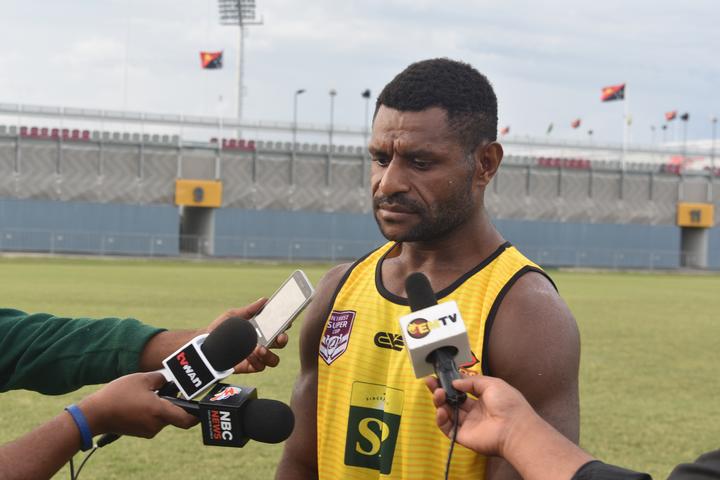