The home side opened the scoring in the third minute Port Moresby with winger Bland Abavu pouncing on the end of a grubber kick from Ase Boas, who added the extras with the boot.

But the visitors struck back quickly as a penalty gave them possession before Junior Pauga scored to level the scores, with the former New Zealand Warriors junior adding a second try three minutes later as the Seagulls opened up a six point lead inside the first fifteen minutes. 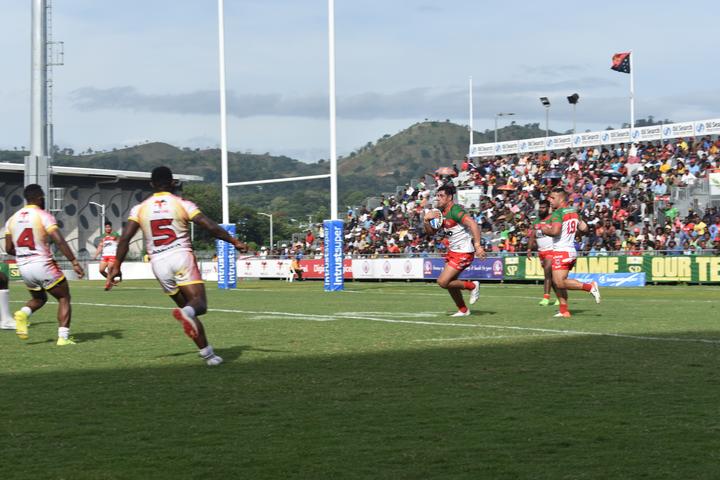 Both sides were guilty of incomplete sets and poor handling with the ball but it was Wynnum Manly who capitalised on the Hunters mistakes as Ed Burns and Kalolo Saitaua also found the tryline to give the visitors a 22-6 half-time buffer.

Neither team was able to breach the opposition defence in the second spell, while Kalolo Saitaua was sent to the sin-bin four minutes from full-time, but Seagulls five eighth Pat Templeman slotted three penalty goals to seal the club's first ever win in PNG and only their third victory against the Hunters in nine attempts.

A ninth loss in ten games - and fourth in a row - keeps the struggling Hunters second from bottom in the Intrust Super Cup, ahead of the only team they've beaten this season, Central Queensland Capras, on points difference.