The Papua New Guinea Hunters rugby team are being urged to lift their game after a horror start to this year's Intrust Super Cup campaign.

The Port Moresby club host the high-flying Wynnum-Manly Seagulls on Sunday, having managed just one win from nine games in 2019. 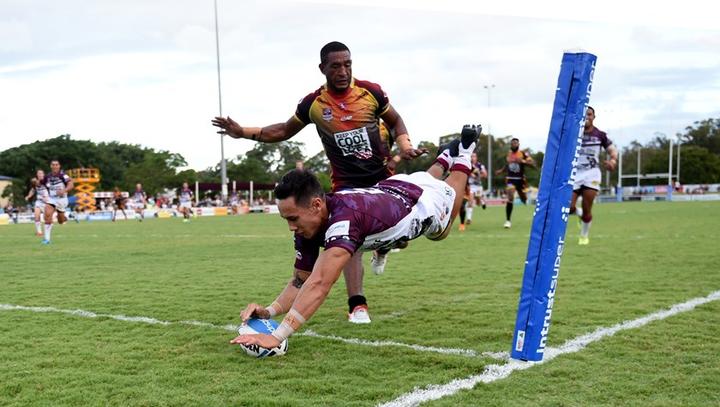 The Hunters defence has leaked tries in 2019. Photo: QRL Media

A lack of discipline off the field has been a recurring theme this season with fullback Joe Joshua and winger Joe Frank sacked prior to their home defeat against Townsville two weeks ago for breaching the club's alcohol policy.

After reading the riot act to the team, Hunters head coach Michael Marum is expecting his players to step up both on and off the field.

"I think ultimately that message is in their heads now and this afternoon we trained really well again. There's been a bit more change in their attitude towards training and stuff like that so we just look forward to a better training session tomorrow and captain's run Saturday before the game on Sunday," said Michael Marum. 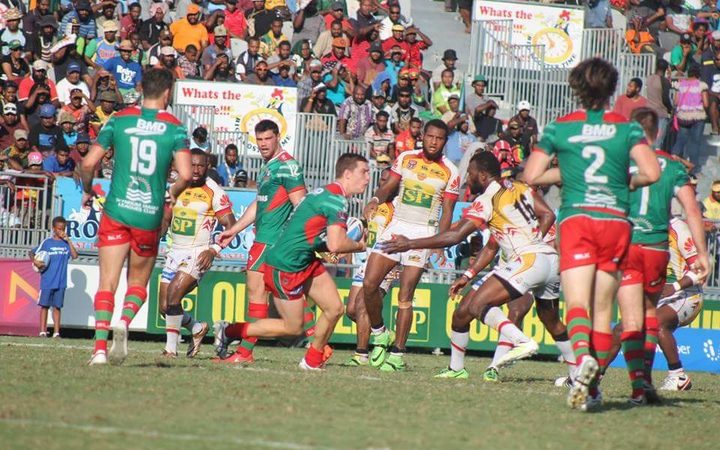 The Hunters have a winning record against Wynnum Manly. Photo: RNZI/Melvin Levongo

The Hunters have won six of their eight matches against Wynnym Manly, including victories at home and away last season, but recent history suggests they will be up against it at the National Football Stadium, against a Seagulls side that has won seven of their last eight games.

"It's going to be a tough one again this weekend...it's not not been a good start for us at home, we've lost four games at home," Michael Marum said.

"What we want to concentrate on is just on our game and make sure we focus on our preparation, make sure we get there and start well and hopefully play for the full 80 minutes this time."

A familiar face will line up against the Hunters on Sunday with PNG Kumuls international Edene Gebbie named to start at fullback for Wynnum Manly.

The 24 year old was the Hunters rookie of the year last season and already has five tries in nine games for his new club. 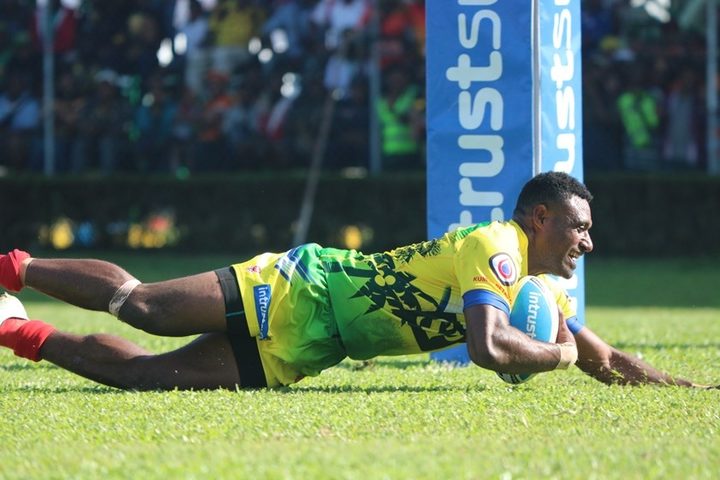 The home side have also made a change at the back with Hunters captain Adex Wera switching from the centres to the number one jersey.

"Adex probably his talk from the back there (is the reason we've moved him to fullback). He's a leader and probably everyone can listen to him so the problem is if he can concentrate and continue to play the full 80 minutes, that's something I'm waiting to see. He's played in that position in big games before so he can handle the pressure well," Mr Marum said.

Meanwhile Bland Abavu moves to the wing in place of Junior Rau, who is sick, Paul Wawa comes into the centres, Justin Yoka replaces Charlie Simon at halfback and Dilbert Issac starts up front.