Warning: Readers may find a picture in this story disturbing.

Two men on Papua New Guinea's Manus Island will be charged with the attempted murder of a refugee detained there by Australia, PNG police say.

The suspects, Ryan Roy, 24, and Jeremaiah Kulwaum,18, are alleged to have attacked Sudanese refugee Sherif Muhamin in Lorengau town on Sunday.

The island's police chief, David Yapu, said the two men tried to steal the refugee's wallet and a fight developed.

One of the suspects then attempted to cut the victim's neck with a bush knife, Mr Yapu said.

Mr Muhamin avoided the blow but suffered a deep cut on his right arm which was treated at the island's hospital, he said. 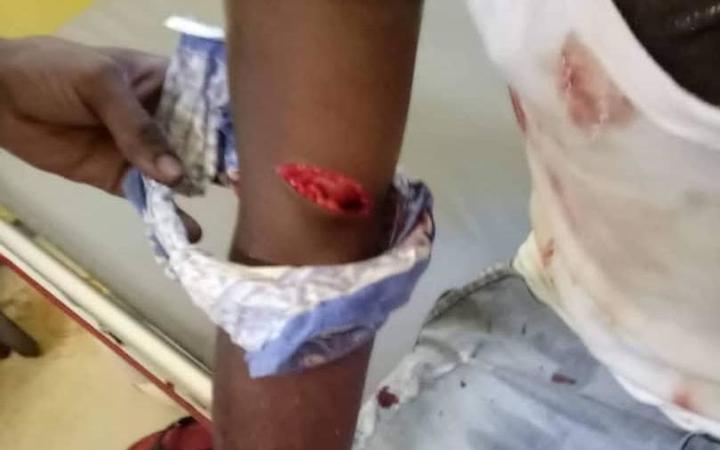 The wounded arm of the refugee. Photo: Supplied

The two men will appear in the Lorengau Committal Court on Friday.

When announcing the court date, Mr Yapu appealed to youth on the island to respect the refugees.

"These people have rights and freedom to move around freely and should not be intimidiated or threatened by young people or drunkards," Mr Yapu said.

About 500 male refugees remain in detention on Manus Island where they have been held without trial since 2013.

The men live under curfew at three facilities near Lorengau, which they are allowed to access during the day.

A string of assaults, allegedly perpetrated by a small faction of local youths, have fueled refugee calls for resettlement in "safe countries" after their detention was ruled unlawful by the PNG Supreme Court in 2016. 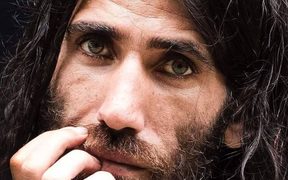 While speaking via video link at Perth's Curtin University this week, Manus Island refugee and award winning author Behrouz Boochani is reported by the Age as describing what he believed were deliberate attempts by the Australian government to create animosity between refugees and locals.

"They told the local people that these people they are bringing to this island are dangerous people, 'they are criminals, they are terrorists'," Mr Boochani said.

"And then on the other side, they told us Manusian people were cannibals, 'they are uncivilised and they are not modern people so it's better that you don't communicate with them and make a relationship with them'," he said.

"They have created this fear."