Police on Papua New Guinea's Manus Island are calling for locals to respect refugees after one was violently assaulted on Saturday.

The refugee from Iran, who is married to a local woman, suffered a serious head injury. 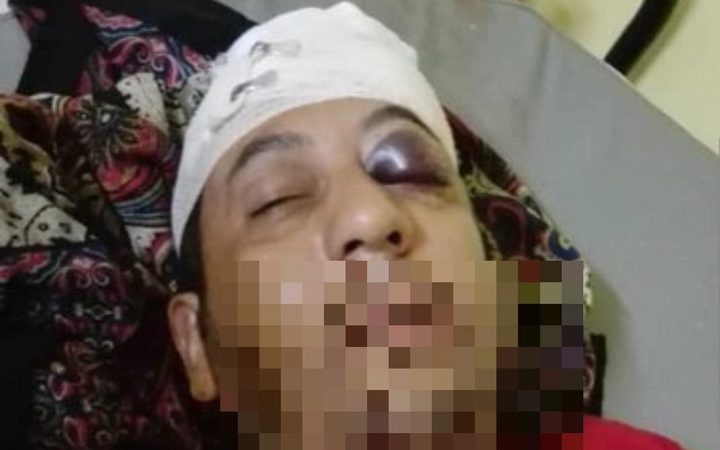 Another refugee on Manus, the journalist Behrouz Boochani, reported the man was taken unconscious to the island's hospital where there was no doctor to attend to him.

Senior inspector David Yapu said the man had now regained consciousness and would be x-rayed today.

The man was hit in the head with a piece of wood by a member of his wife's family, Mr Yapu said.

"I've been appealing to the community that those refugees that are married to the locals and are living with them - they should respect them," he said.

"This was an unfortunate situation that he was assaulted by one of the in-laws. The police will get him today and have him arrested for assault."

A handful of the 650 refugees still living in exile in PNG had taken local wives, started small businesses and were living peacefully on Manus Island, Mr Yapu said.

Incidents of violence against the island's refugee population had diminished since it was moved out of the detention centre last November to three so-called transit centres in the island's Lorengau town, he said.

But for safety reasons, the dusk-til-dawn curfew for refugees at the transit centres that was imposed in June was still in place, the police commander said.

"Simply for their safety and their security - by 8pm they should all be back. But those that are married and living in the community they are safe."