Papua villagers displaced from their Central Highlands regency have rejected proposals for them to return home. 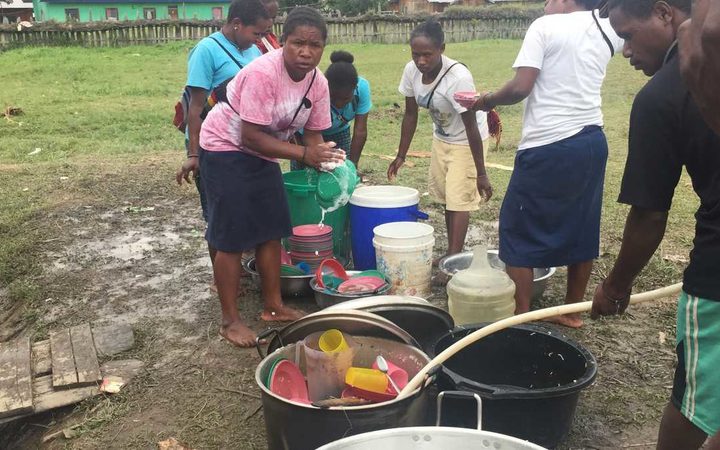 Over 2000 people have fled Nduga regency to neighbouring Jayawijaya regency due to ongoing armed conflict.

Hundreds of Indonesian military troops have deployed to Nduga to try and capture members of the West Papua Liberation Army.

Military operations in the area intensified since December when the Liberation army massacred at least 16 Indonesians working on the Trans Papua Road project.

"The aims were to ask the refugees to return to Nduga, and give the promise to ask the President (Joko Widodo) to withdraw the military troops from Nduga. The regent even promised the internaly displaced persons from Nduga to evaluate the Trans-Papuan Road project with the central government."

Mr Wangge said the refugees refused to return to Nduga because they fear the military operations there and do not trust the government officials.

Meanwhile, Mr Wangge said the regent's bid to request a withdrawal of troops from Nudga faced difficulty because President Widodo was busy on the campaign trail ahead of next month's elections.

With the elections looming, Indonesian security forces have also been pressing displaced Nduga refugees to return home to participate in the polls.